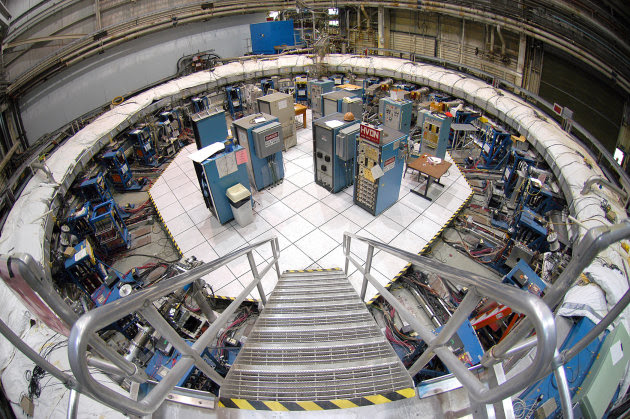 Scientists on Long Island are preparing to move a 50-foot-wide electromagnet 3,200 miles over land and sea to its new home at the U.S. Department of Energy's Fermi National Accelerator Laboratory in Illinois. The trip is expected to take more than a month.

"When we first started thinking about this, we all thought it wouldn't be possible," said Bill Morse, a physicist at Brookhaven National Lab on eastern Long Island. "But if you have a big problem, you find good people who can fix the problem. That's physics."

The electromagnet, which weighs at least 15 tons, was the largest in the world when it was built by scientists at Brookhaven in the 1990s, Morse said. Brookhaven scientists no longer have a need for the electromagnet, so it is being moved to the Fermi laboratory, where it will be used in a new experiment called Muon g-2.

The experiment will study the properties of muons, subatomic particles that live only 2.2 millionths of a second. The results of the experiment could create new discoveries in the realm of particle physics, said Chris Polly, manager of the Muon g-2 project at Fermilab.