This diagram shows the position of the Earth, in relation to the Sun, at the time of the Winter Solstice, as well as the other solstice and equinoxes of the year, in Earth's Northern Hemisphere.
[Graphic Source: ©1999, Eric G. Canali, former Floor Operations Manager of the original Buhl Planetarium & Institute of Popular Science / Buhl Science Center (Pittsburgh's science & technology museum 1939-1991) and Founder of the South Hills Backyard Astronomers amateur astronomy club; permission granted for only non-profit use with credit to author.]

The season of Winter, in the Northern Hemisphere of Earth, begins at the moment of the Winter / December Solstice, late Saturday Evening, 2019 December 21 at 11:19 p.m. Eastern Standard Time (EST) / December 22, 4:19 Coordinated Universal Time (UTC). This moment also marks the astronomical beginning of the Summer season in the Southern Hemisphere.

In etymology, the word solstice comes from the Latin terms sol (Sun) and sistere (to stand-still). In ancient times, astronomers / astrologers / priests recognized that one day of the year when the Sun would appear to reach its lowest point in the sky for the entire year. The motion of the Sun's apparent path in the sky (what is known astronomically today as the Sun's declination) would cease on this day, and the Sun would appear to stand-still, before reversing direction.

With our Gregorian Calendar, this usually occurs on, or very close to, December 21. In ancient times, when people used the Julian Calendar, the Winter Solstice was on, or very close to, December 25, what we now know as Christmas Day. Mid-Winter festivals, at the time of the Winter Solstice, were common in ancient times. Instead of competing with these traditions, the early Roman Catholic Church Christianized the Winter festivals by observing the birth of Jesus Christ on December 25 (the actual birth date of Jesus was probably in late Summer or early Autumn).

Today, we know that, while the Sun does have motions, it is actually the motion of the Earth, tilted on its axis 23.44 degrees from the plane of our Solar System while revolving around the Sun, that causes the Earth's seasons. Hence, as the Earth arrives at the point in its orbit around the Sun, where the south polar axis is most directly inclined toward the Sun (thus, the Sun appears at its lowest point for the year in the Northern Hemisphere sky) around December 21, this marks the Winter Solstice in the Northern Hemisphere (and the Summer Solstice in the Southern Hemisphere).

Although the Winter months in the Northern Hemisphere are known for the year's coldest weather, the Earth is actually at the point in its orbit closest to the Sun (astronomically known as the point of perihelion) on or very near January 2. The Earth is farthest from the Sun, each year shortly after the Northern Hemisphere's Summer Solstice, on or very near July 5 (the point of aphelion).
Solar radiation, and hence heat from the Sun, to warm an Earth hemisphere depends on the length of daylight and the angle of the Sun above the horizon. The tilt of the planet's axis toward the Sun determines the additional and more direct solar radiation received by a planet's northern or southern hemisphere, and hence, the warmer season of the respective hemisphere.

The Earth's perihelion in January, and aphelion in July, are due to the elliptical nature of the Earth's orbit around the Sun. Perihelion and aphelion would not occur if the Earth's orbit was a true circle.
Since the Earth is closest to the Sun near the beginning of the Northern Hemisphere's Winter Season, the Earth, then, moves faster in its orbit around the Sun than it moves in July, making the Northern Hemisphere's Winter a shorter season than Summer. Winter will last for only 89 days, while this past-Summer lasted nearly 93 days. This is one of the observed consequences of Johannes Kepler's Laws of Planetary Motion, which he published at the beginning of the 17th century.

The day of the Winter Solstice is known as the “shortest day of the year” and the “longest night of the year” as the Sun shines on the Northern Hemisphere for the shortest length of time for the entire year, on this day. For this reason, Homeless Persons' Memorial Day is commemorated on December 21.

Almost 24 hours after the Winter Solstice comes the peak of the annual Ursid Meteor Shower, which actually begins on December 17 and usually lasts about a week ending December 24, 25, or 26. The Ursids seem to comprise a narrow stream of debris originating from Comet Tuttle. Hence, it is difficult to see Ursid meteors outside of a 12-hour window before and after the peak, where possibly 12 meteors per-hour could be seen, under ideal conditions.

The Ursid Meteor Shower is so-named because most meteors appear to radiate from a point near the Star Beta Ursae Minoris (apparent meteor shower radiant) in the Constellation Ursa Minor (better known as the asterism the “Little Dipper”), which is the brightest star in the bowl of the Little Dipper. Some people call these meteors “Ursids,” in an attempt to emphasize that their apparent radiant is Ursa Minor, not Ursa Major (the asterism the “Big Dipper”).

However, you should not, necessarily, be looking only at the Little Dipper when looking for meteors in this shower. Meteors can appear in any part of the sky at any time (although a meteor's tail may tend to point back toward the radiant).

Of course meteor showers, like all celestial observations, are weather-permitting. If there are more than a few clouds in the sky, meteors will be much more difficult to find. Clear skies are not always available in the skies of late Autumn and early Winter. And, it is always best to get away from city lights, for the opportunity to see the smaller, dimmer meteors. As always, the best time to view any meteor shower is between local midnight and local dawn, when the Earth is actually rotating into the stream of meteoric debris.

Binoculars and telescopes are not very useful for finding meteors. Meteors streak across the sky in a very short period of time, far too short to aim binoculars or a telescope. So, the best way to view a meteor shower is to lie on a blanket or beach towel on the ground, or use a reclining a chair, outdoors in an area with a good view of the entire sky (with few obstructions such as buildings, trees, or hills), and keep scanning the entire sky.

So, if you go out to see the Ursid Meteor Shower, start looking for meteors around local midnight, or perhaps a little later. Make sure you have a good site where you can see most of the sky, and that sky is relatively clear. Be sure to dress properly for the early morning temperatures, now that we are at the very beginning of Winter.


Source: Glenn A. Walsh Reporting for SpaceWatchtower, a project of Friends of the Zeiss.
Friday, 2019 December 20. 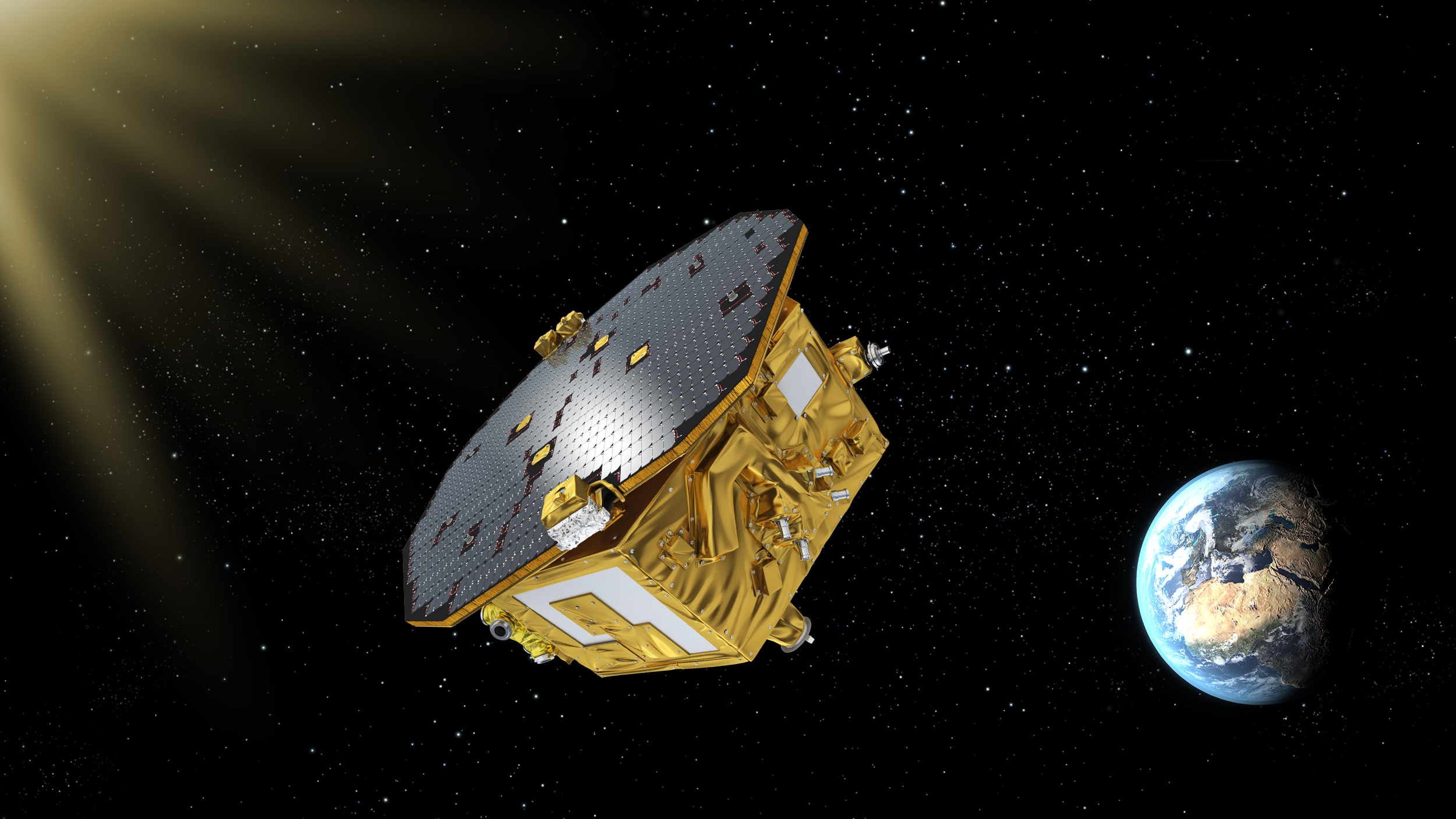 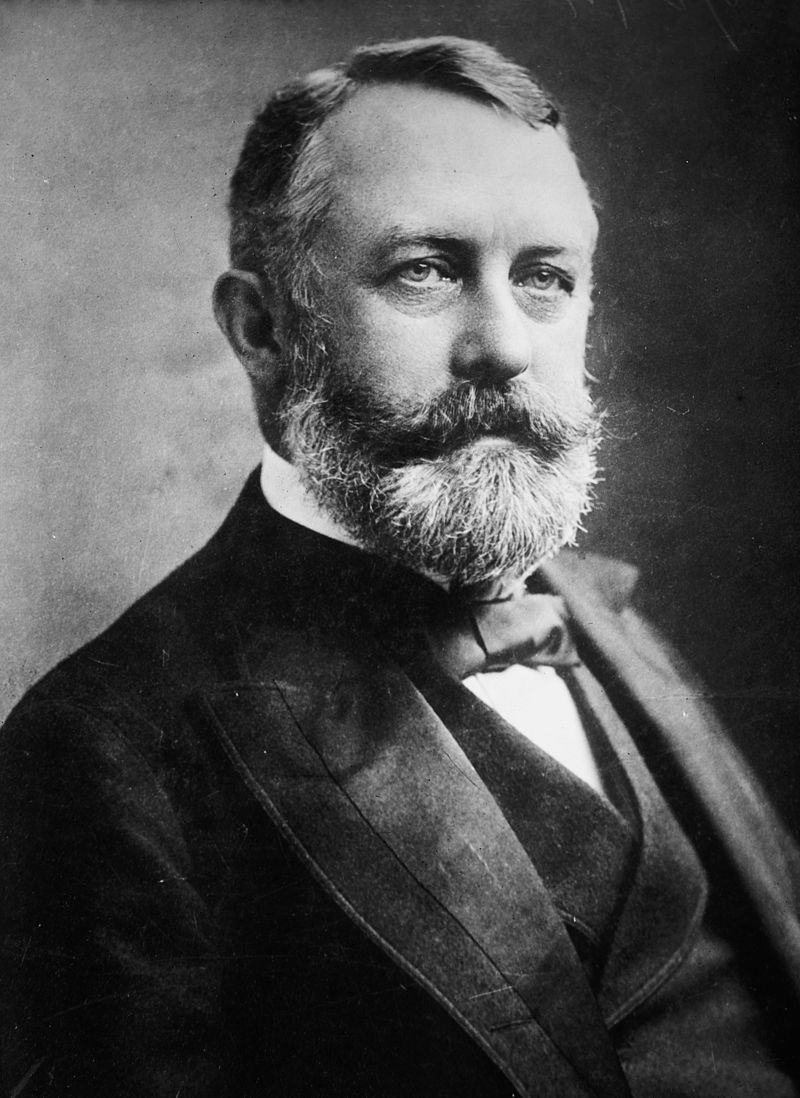 December 2 marks the Centennial Anniversary of the death of industrialist and education and astronomical philanthropist Henry Clay Frick. And, December 19 marks the 170th anniversary of his birth. He provided much of the funding for construction of the second, three-dome Allegheny Observatory, dedicated in 1912. He asked astronomer John A. Brashear to organize the Henry Clay Frick Educational Commission, to fund supplemental educational opportunities for public school teachers, as well as provide for free-of-charge, public tours of the Allegheny Observatory several evenings a week during the warm-weather months.
Biography of Henry Clay Frick: Link >>> http://johnbrashear.tripod.com/frick.html
(Image Sources: By Bain News Service - This image is available from the United States Library of Congress's Prints and Photographs divisionunder the digital ID ggbain.07131.This tag does not indicate the copyright status of the attached work. A normal copyright tag is still required. See Commons:Licensing for more information., Public Domain, https://commons.wikimedia.org/w/index.php?curid=700199)