Replica of the Apollo 11 Columbia Command Module capsule which took astronauts to the Moon for the first time in 1969, part of the "Destination Moon: The Apollo 11 Mission" exhibit at Pittsburgh's Senator John Heinz History Center. Children of all ages can go into this replica to experience how small the capsule really is. The actual Columbia Command Module capsule (which cannot be entered by visitors) is on display elsewhere in the exhibit. (Photograph by Christopher Sprowls)

Artifacts from the historic space mission of Apollo 11, which took two American astronauts to the surface of the Moon for the first time in 1969, are now on display at the Senator John Heinz History Center in Pittsburgh. This temporary exhibit, titled “Destination Moon: The Apollo 11 Mission,” which features more than a hundred artifacts from the Smithsonian Institution's National Air and Space Museum, will be on display at the Pittsburgh museum through Monday, 2019 February 18.

On 1961 May 25 before a joint session of the U.S. Congress, U.S. President John F. Kennedy set a goal, for the fledgling National Aeronautics and Space Administration (NASA): "I believe that this nation should commit itself to achieving the goal, before this decade is out, of landing a man on the Moon and returning him safely to the Earth." After a decade-long “Space Race” with Russia, which included the loss of three astronauts in a space capsule fire during a test before the launch of Apollo 1 in 1967, this goal was achieved when Neil Armstrong stepped on the lunar surface on Sunday Evening, 1969 July 20 at 10:56:20 p.m. Eastern Daylight Saving Time (EDT) / Monday (“Moonday”), July 21, 3:56:20 Coordinated Universal Time (UTC).

During the rehabilitation, the Smithsonian is providing some Apollo 11 artifacts for a traveling exhibit, which is visiting museums in four American cities during a two-year (2017 to 2019) national tour (the first national tour since 1970 to 1971). The Senator John Heinz History Center (an affiliate of the Smithsonian Institution) is the third of the four museums being visited, and the only museum to be visited in the eastern part of the United States. Previously, the exhibit was displayed at Space Center Houston and at the Saint Louis Science Center. After the Pittsburgh run, this exhibition will be displayed at The Museum of Flight in Seattle (2019 April 13 to September 2).

Sometimes Andrew Masich, Senator John Heinz History Center President and Chief Executive Officer, can be found explaining parts of the exhibit to visitors. On the day this writer visited the exhibit, Mr. Masich was in the exhibit hall telling some visitors the story of how Apollo 11 astronaut Buzz Aldrin had to use his felt-tipped pen to launch the Lunar Excursion Module (LEM) from the Moon to meet the Command Module in Lunar orbit, for the return trip to Earth. The circuit-breaker switch, which should have been used to launch the LEM, had earlier broken-off from the control panel after Mr. Aldrin had inadvertently bumped the switch and knocked it on the floor, when he turned-around in the very tight quarters of the LEM.

Other NASA and space-related artifacts include ---

The Senator John Heinz History Center (named for the late U.S. Senator H. John Heinz III, who died in a mid-air collision near Philadelphia in 1991) is open each day from 10:00 a.m. to 5:00 p.m. Eastern Time (closed on New Year’s Day, Easter, Thanksgiving, and Christmas). The largest history museum in Pennsylvania is located at the northeastern end of Downtown Pittsburgh's Golden Triangle, in the Strip District at the corner of Smallman Street and 13th Street. About a mile away, across the Allegheny River on the Lower North Side, is the original Buhl Planetarium and Institute of Popular Science. Today (October 24) marks the 79th anniversary of the dedication of Buhl Planetarium.

Photograph of the Apollo 11 Columbia Command Module, as part of this history exhibit:
Link >>> https://spacewatchtower.blogspot.com/2018/09/astronomical-calendar-2018-september.html

Source: Glenn A. Walsh Reporting for SpaceWatchtower, a project of Friends of the Zeiss.
Wednesday, 2018 October 24. 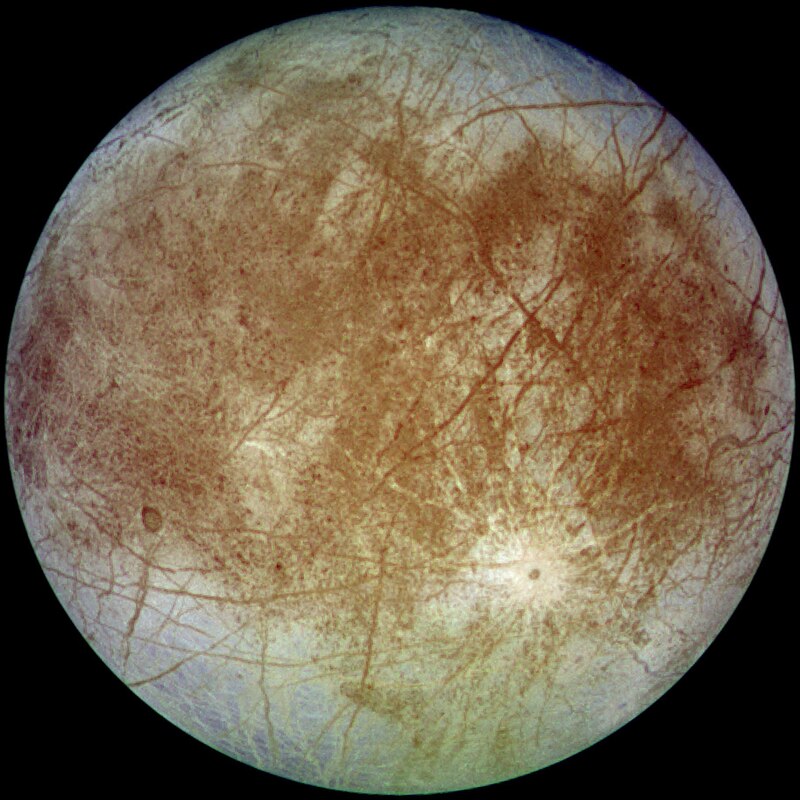 Image of Jupiter's moon, Europa, one of the four Galilean moons. Famous astronomer Galileo Galilei discovered Europa, along with the other three large moons of Jupiter (Io, Callisto, and Ganymede), in January of 1610 using the first telescope to be used for astronomical observing. These were the first moons discovered beyond Earth's Moon. (Image Sources: NASA / Jet Propulsion Laboratory, Wikipedia.org)

In the search for life elsewhere in our Solar System, one of the most promising areas to look for life are the oceans, under thick sheets of ice, on several of the Solar System's moons. However, it is not easy for a probe to melt the thick ice to get to the ocean. A new technique uses the power of a high energy laser to get through the ice.

Cryobots, robots that can penetrate water-ice, are the latest technology for studying oceans beneath ice shelves. But, before such oceans can be studied, there must be a way to go through the ice to reach the ocean to be studied. In the case of Jupiter's moon, Europa, the ocean has a depth of about 60 miles / 100 kilometers, not including 18 to 30 miles / 30 to 50 kilometers of ice above the ocean.

Cryobots are designed to heat water which cuts through these miles of ice. However, until now the power needed to melt the ice, and the communication with Earth during the process, have been two problems that have stalled such projects. Whether using standard drills or heating elements to get through the ice, as the cryobot descends, ice just reforms above the cryobot.

Power packs, which have a finite source of energy for the cryobot, have to be carried with the probe. And, as the ice reforms above the cryobot, a radio link is seriously degraded, if not completely blocked.

Stone Aerospace has come up with a technique which solves both power and communication problems. By using a high-powered laser on the cryobot, which is fed energy from the surface of the planet via an optical fiber, ice could reform around the optic-fiber while energy to the laser is not affected. And, communication to the surface, via the optic-fiber, also continues.

In 2011, NASA awarded a $4 million grant to Stone Aerospace for Phase 2 of the VALKYRIE project, which allowed a cryobot to tunnel through ice in Matanuska Glacier, Alaska. This experiment proved that the cryobot, which used on-board ice-penetrating radar to watch where it was tunneling, could look ahead far enough to avoid collisions with buried obstacles and other hazards, such as meteoric debris or dense brine deposits.

VALKYRIE Phase 3 proposes a full-scale version of the laser-powered cryobot to tunnel through to a sub-glacial lake in Antarctica. The cryobot would then return to the surface with samples from the lake. Sub-glacial lakes in Antarctica, which hold water never touched by humans, may include micro-organisms never seen before.

If all goes well with Phase 3, then a cryobot mission to Europa would be considered. But first, the Europa Clipper will be launched by NASA to fly by Europa, while in orbit of Jupiter, several times. The Europa Clipper is expected to be launched sometime between 2022 and 2025. At around the same time, the European Space Agency (ESA) plans to send the Jupiter Icy Moons Explorer space probe to fly by Europa twice, as well as exploring the Jupiter moons Callisto and Ganymede.

Source: Glenn A. Walsh Reporting for SpaceWatchtower, a project of Friends of the Zeiss.
Sunday, 2018 October 7. 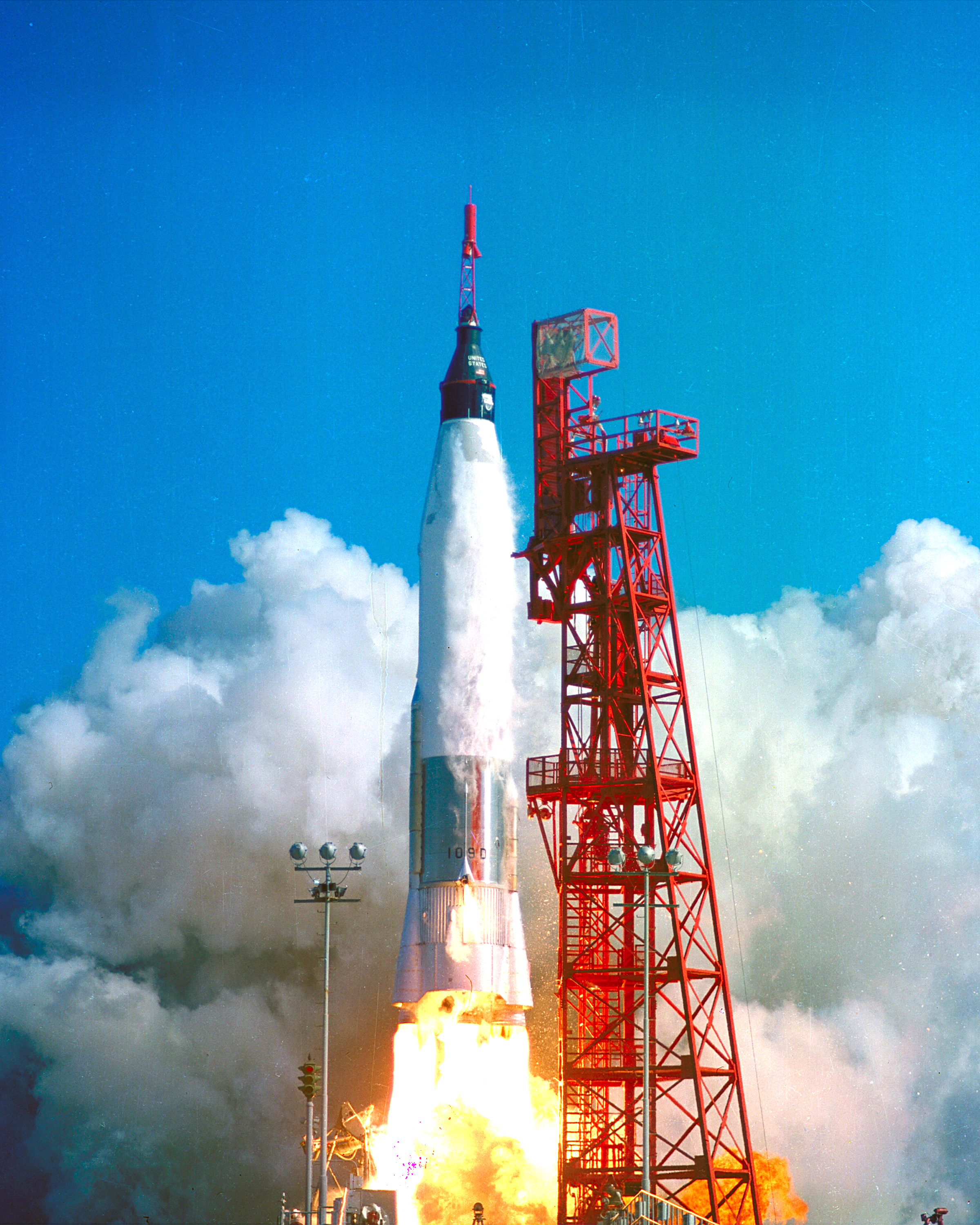 Image of the launch of Friendship 7, the Mercury-Atlas rocket which sent John Glenn to be the first American to orbit the Earth, on 1962 February 20. NASA, America's civilian space agency, marks its 60th anniversary on October 1 of this year. (Image Source: NASA)