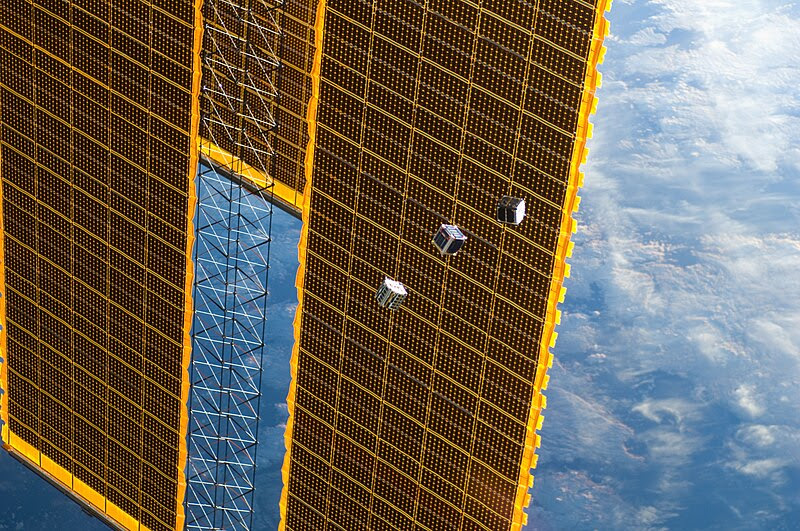 Chris Boshuizen (Australian), William Marshall (British) and Robbie Schingler (U.S.A.) all met at the NASA Ames facility in Mountain View, Calif., and bonded over the wonders of CubeSats. These devices, for the ungalactic among you, tend to range in size from a softball to an oversize shoebox and come with all kinds of wondrous computing innards. Like their larger satellite brethren, CubeSats can take pictures, perform science experiments, and communicate with Earth. They just do so way cheaper than traditional gear by playing off increasingly powerful consumer electronics and free software, such as the Linux operating system.

To date, NASA and a handful of researchers have tossed up a CubeSat here and there to see how they perform in space and to run a few experiments. No one, though, has tried to create a business on the scale of Planet Labs. It’s building what’s believed to be the largest satellite fleet ever assembled by sending up 28 CubeSats early next year. And rather than using the hardware for temporary experiments, Planet Labs will leave its satellites in orbit for years at a time as part of a proper business.