It has long been used by James T Kirk to speak to aliens and blue women from space - but now Microsoft is on the brink of making a real, working Universal Translator.
Frank Soong and Rick Rashid have created software which converts English language speech into any of 26 foreign languages - and which 'speaks' in the user's own voice.
All the user has to do is speak English into the machine and it will convert it into anything from Spanish to Mandarin. 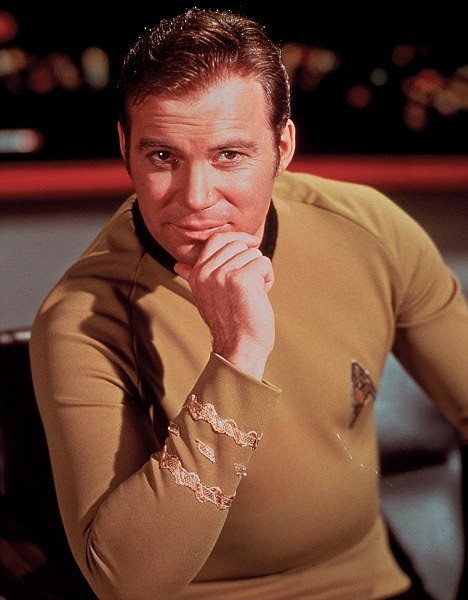 William Shatner as James T Kirk: The new device is similar to the Universal Translator used in Star Trek, and takes around one hour to get used to a person¿s voice then works by comparing the words that have been recorded with stock models for the target language.