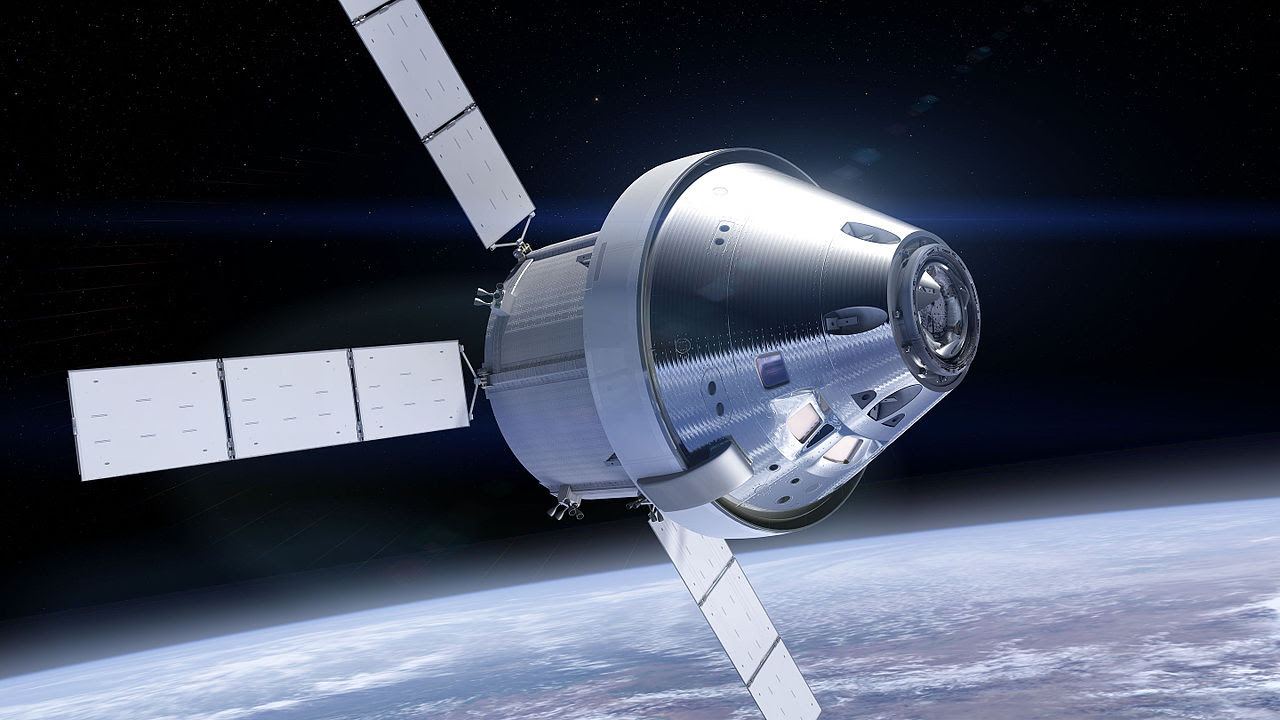 NASA's Orion Multi-Purpose Crew Vehicle, which will take astronauts to the Moon, asteroids, and eventually to Mars. The spacecraft is scheduled to undergo the first test launch, without a crew, on Thursday morning. (Image Source: NASA)

This $370 million test flight, officially known as Exploration Flight Test 1 (EFT-1), is an uncrewed mission which will be launched atop a United Launch Alliance Delta IV heavy rocket, from the Cape Canaveral Air Force Station in Florida.

The launch is currently scheduled for 7:05 a.m. EST / 12:05 UTC on Thursday Morning, 2014 December 4, with about a two-hour launch window should the launch be delayed from the scheduled time. The launch and mission coverage will be provided live on NASA Television, on both satellite channels and on Internet web-casts. The end of the mission is scheduled for 11:29 a.m. EST / 16:29 UTC, when Orion splashes-down in the Pacific Ocean off of the coast of Baja California. Re-entry into the atmosphere, including testing of Orion's heat shield and other systems during re-entry, will be crucial to the success of the mission.

In south suburban Pittsburgh, live coverage of this first test flight, via the live Internet web-cast from NASA, will be shown free-of-charge to the public, at the Mt. Lebanon Public Library which is located at 16 Castle Shannon Boulevard near Washington Road at the southern end of the Mt. Lebanon Uptown business district. The Library's coverage will run from the opening of the Library at 9:00 a.m. to approximately 12:30 p.m. EST. This special event is co-sponsored by Friends of the Zeiss and the Mt. Lebanon Public Library.

The Orion Deep-Space Vehicle is NASA's successor to the Space Shuttle, which was retired after its last flight on 2011 July 21. This new NASA spacecraft is designed to carry a maximum of four astronauts beyond low-Earth orbit. The Space Shuttle program, which started with the first launch on 1981 April 12, provided human access to low-Earth orbit, including access to the International Space Station and the Hubble Space Telescope, both of which Space Shuttle astronauts helped install in outer space.

In conjunction with the Orion Deep-Space Vehicle, NASA is also developing the "Space Launch System," which will be the world's most powerful rocket for launching Orion to deep-space destinations. The next test launch which will be comprised of both the Orion capsule and the Space Launch System rocket, scheduled in 2017 or 2018 and known as Exploration Mission 1 (EM-1), is scheduled to send a robotic capsule around the Moon and back. The first test with a crew of astronauts is scheduled for 2021: Expedition Mission (EM-2).