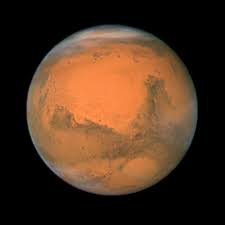 Getting spacecraft to Mars is quite a hassle. Transportation costs can soar into the hundreds of millions of dollars, even when blasting off during "launch windows"—the optimal orbital alignments of Earth and Mars that roll around only every 26 months.

A huge contributor to that bottom line? The hair-raising arrivals at the Red Planet. Spacecraft screaming along at many thousands of kilometers per hour have to hit the brakes hard, firing retrorockets to swing into orbit. The burn can require hundreds of pounds of extra fuel, lugged expensively off Earth, and comes with some risk of failure that could send the craft careening past or even right into Mars.

Now new research lays out a smoother, safer way to achieve Martian orbit without being restricted by launch windows or busting the bank. Called ballistic capture, it could help open the Martian frontier for more robotic missions, future manned expeditions and even colonization efforts. "It's an eye-opener," says James Green, director of NASA's Planetary Science Division. "It could be a pretty big step for us and really save us resources and capability, which is always what we're looking for."

The premise of a ballistic capture: Instead of shooting for the location Mars will be in its orbit where the spacecraft will meet it, as is conventionally done with Hohmann transfers, a spacecraft is casually lobbed into a Mars-like orbit so that it flies ahead of the planet. Although launch and cruise costs remain the same, the big burn to slow down and hit the Martian bull's-eye—as in the Hohmann scenario—is done away with. For ballistic capture, the spacecraft cruises a bit slower than Mars itself as the planet runs its orbital lap around the sun. Mars eventually creeps up on the spacecraft, gravitationally snagging it into a planetary orbit. "That's the magic of ballistic capture—it's like flying in formation," says Edward Belbruno, a visiting associated researcher at Princeton University and co-author, with Francesco Topputo of the Polytechnic University of Milan, of a paper detailing the new path to Mars and the physics behind it. The paper, posted on arXiv, has been submitted to the journal Celestial Mechanics and Dynamical Astronomy.