Washington — October 16, 2012.  Americans have all heard about the scandalously anti-science comments made by certain members of the House committee on Science, Space and Technology.  ScienceDebate.org and our media partner, Scientific American, the nation's oldest continuously published magazine, wanted to see what other members of congress in key leadership positions relative to the nation's science policy had to say about science.

We prepared a subset of eight of the fourteen Top American Science Questions which President Obama and Governor Romney have answered, ranging from climate change to science in public policy, and asked thirty-three members of congress in leadership positions on the nation's science-oriented congressional committees to respond.

Science in an Election Year 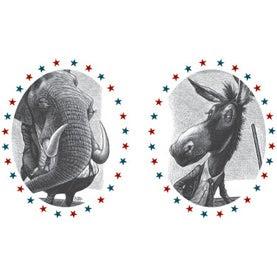 More than a dozen science and engineering organizations worked with ScienceDebate.org to draft 14 top science questions to ask the two main presidential candidates this election year. Although President Barack Obama and Governor Mitt Romney declined to debate these issues in person (at least as of press time), their campaigns provided written responses to the queries.

Because these are substantive issues that will play a critical role in determining the nation's—not to mention our planet's—future, the Scientific American editors summarized and rated the candidates' answers. Our following analysis is not a comprehensive guide to the election—you will have to look elsewhere for an evaluation of the candidates' positions on foreign affairs, social values or tax policy. Instead we focused on highlighting how the candidates differ from each other on science.