INCOMING CME? A magnetic filament in the sun's northern hemisphere erupted on Jan. 5th and hurled a CME in the general direction of Earth. At first it appeared that the cloud would sail north of Earth and completely miss our planet. Subsequent work by analysts at the Goddard Space Weather Lab suggests a different outcome: the CME might deliver a glancing blow to Earth's magnetic field on Jan. 7th.


AURORA WATCH: Even without a CME, auroras are lighting up the Arctic Circle. Sindre Nedrevåg sends this picture taken Jan. 5th from Bodø, Norway: 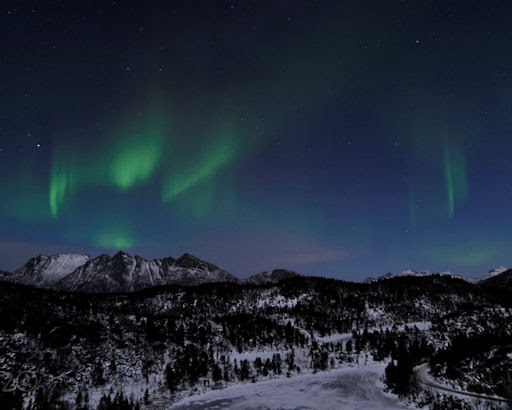 "The Northern Lights sparkled above us for nearly 20 minutes. It was awesome," says Nedrevåg. "These were the first auroras I've seen and photographed in 2012."


DOOMED MARS PROBE PHOTOGRAPHED: Russia's Mars probe, Phobos-Grunt, has been stranded in Earth orbit since a main engine failure in early November. The spacecraft is now sinking back into Earth's atmosphere, with re-entry expected in mid-January. "On New Year's Day, I traveled to the French Riviera (850km from home) to record Phobos-Grunt's last passage over France," says astrophotographer Thierry Legault. This is the picture he took through a 14-inch telescope: 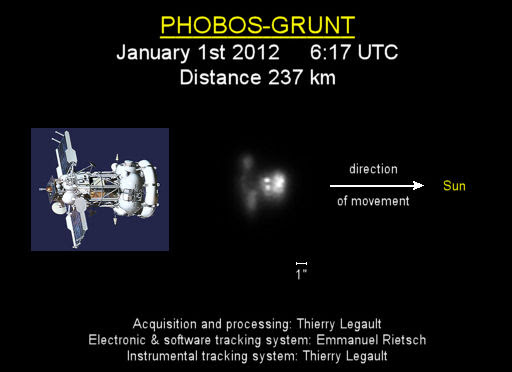