Science Museum, Sarah Lee
In this December 2011 photo made available by the Science Museum, Professor Stephen Hawking sits in his office at University of Cambridge, in Cambridge, England. The University of Cambridge says renowned physicist Hawking isn't well enough to attend a conference held to celebrate his 70th birthday. Hawking's remarkable career is being honored Sunday, Jan. 8, 2012, as part of a daylong conference on cosmology being hosted at the university.
Renowned physicist Stephen Hawking was too ill to attend a conference in honor of his 70th birthday Sunday, but in a recorded message played to attendees he repeated his call for humans to colonize other worlds.
University of Cambridge Vice Chancellor Leszek Borysiewicz told the conference that Hawking, who is almost completely paralyzed because of Lou Gehrig's disease, had only recently been discharged from the hospital for an unspecified ailment.
"Unfortunately his recovery has not been fast enough for him to be able to be here," Borysiewicz said.

Stephen Hawking at 70: still the brightest star in the scientific universe

As the author of A Brief History of Time approaches 70, eminent former students celebrate an awe-inspiring intellect still pushing at the frontiers of physics 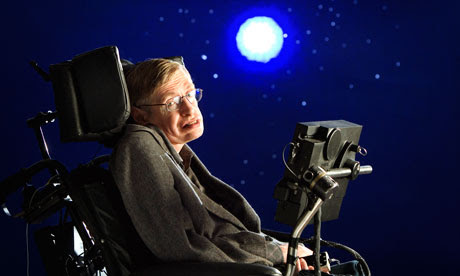 Professor of mathematics and astronomy, Queen Mary, University of London. Stephen Hawking's PhD student 1972-75
Stephen's discovery in 1974 that black holes emit thermal radiation due to quantum effects was one of the most important results in 20th-century physics. This is because it unified three previously disparate areas of physics – quantum theory, general relativity and thermodynamics. Like all such unifying ideas, it is so beautiful that it almost has to be true, even though it has still not been experimentally confirmed. The renowned physicist John Wheeler once told me that just talking about it was like "rolling candy on the tongue".
At the time of the discovery, I was working with him as a PhD student in Cambridge and I count myself as very fortunate to have had a ringside seat during these developments. It also enabled me to be one of the first people to study the cosmological consequences of the effect and thereby make my own small contribution to the subject.