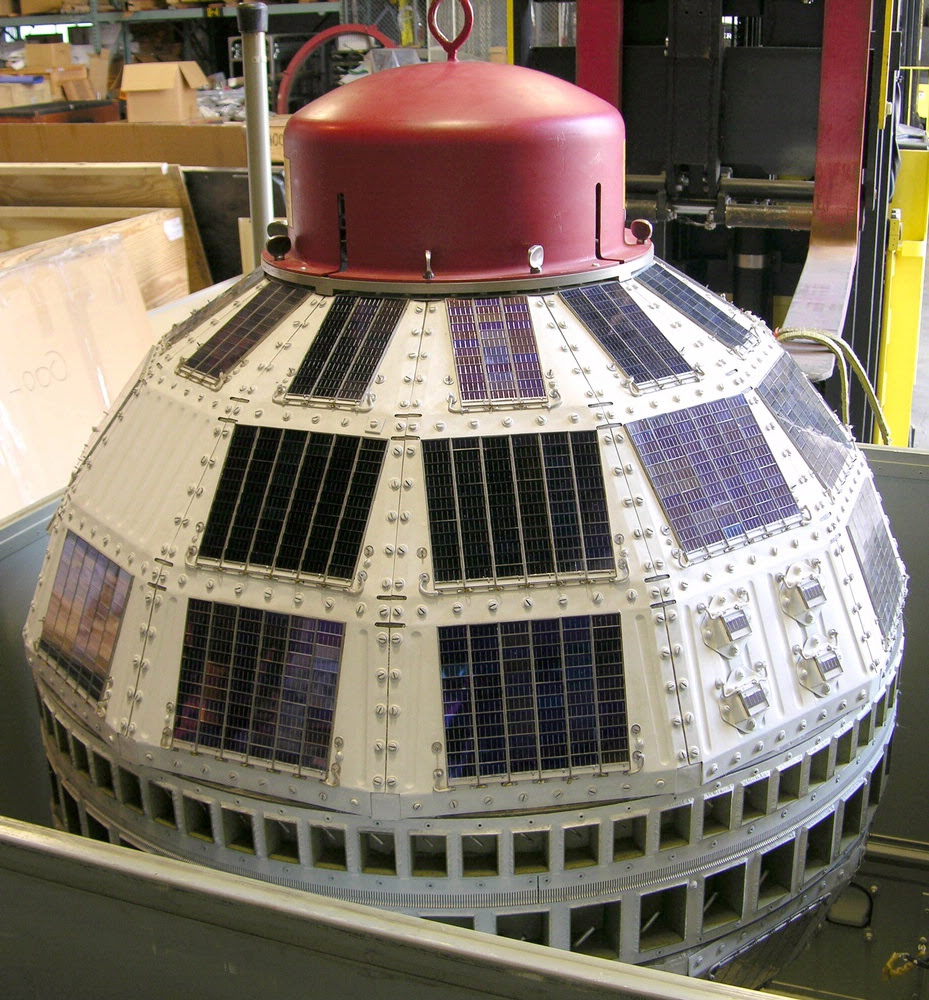 Photograph of an engineering backup of the Telstar satellite, the world's first active communications satellite. This is one of the major space and aviation artifacts the Smithsonian National Air and Space Museum is working to preserve for posterity at their new climate-controlled facility in Virginia. A smaller scale model of the Telstar satellite was on display from the 1960s through the 1990s at Pittsburgh's original Buhl Planetarium and Institute of Popular Science, first in a Bell Telephone exhibit, and later in Buhl's Astronomical Observatory. (Image Source: Smithsonian Institution)

CHANTILLY, Va. -- In the early days of the U.S. space program, the spacesuits were life-saving technological marvels. But today, they're so brittle they're in danger of falling apart.

"They were designed for that harsh environment, but they were not designed to last a very long time," says Cathy Lewis, a curator of space suits at the Smithsonian Air and Space Museum's new $79 million facility in Virginia.

The mission is to slow the pace of inevitable decay of tens of thousands of U.S. aviation artifacts, a collection too big to house at the museum on the National Mall.

Those national treasures, from early flight attendant uniforms to vintage aircraft engines, are being moved from temporary storage facilities in Maryland, built after World War II, to their pristine, new climate-controlled home.

"As with all historic, technological objects, you can't just sort of park them," says chief conservator Malcolm Collum. "They require constant looking after."