Earth Farthest from Sun for Year 2015 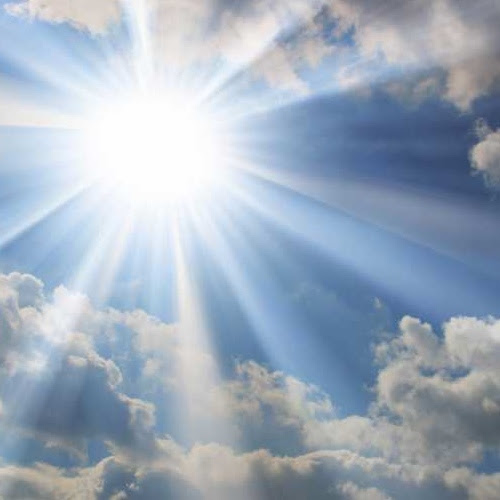 At the moment of this blog posting, Monday Afternoon, 2015 July 6 at 3:41 p.m. Eastern Daylight Saving Time (EDT) / 19:41 Coordinated Universal Time (UTC), Earth reaches the farthest point from the Sun for the year 2015, two weeks after the Summer Solstice. So, although Earth's Northern Hemisphere is now entering the season of Summer, when we expect the warmest daily temperatures of the year, this is also the time of year when we are farthest from the Sun.

Known by the astronomical term, Aphelion, this is the point in Earth's eliptical orbit of the Sun when the Sun looks a wee bit smaller due to the greater distance between the two celestial bodies. Actually, since the Earth reached its closest point to the Sun on January 4 (known by the astronomical term, Perihelion), the distance between the Earth and the Sun has changed by about three and one-half percent.

Although, due to the great brightness of the Sun, it is very difficult to discern the difference in size of the Sun from one part of the year to another. AND, anyway, one should NEVER look directly at the Sun without the proper training and equipment to do so safely. Otherwise, one could severely damage the eyes, without any awareness of pain, because there are not nerves in the eyes.

The reason for the annual change in the distance between the Sun and the Earth is because the Earth's orbit around the Sun is not quite circular. The orbit is an elipse, with the Sun not quite exactly in the center of the orbit.

At Perihelion in January, Earth actually receives about seven percent more solar energy than received this month at the point of Aphelion. However, our planet's large oceans, as well as the atmosphere, are very efficient in storing and more evenly distributing the Sun's heat, so that Earth's overall temperature from solar heating remains pretty much the same throughout the year.

It is the inclination of the Earth's axis, relative to its orbit around the Sun, that causes Summer to be much warmer than Winter. During the season of Summer, the Northern Hemisphere receives much more direct sunlight, as at the Summer Solstice the Northern Hemisphere was tilted the full 23 and one-half degrees toward the Sun.

Due to the fact that the Earth's orbit around the Sun is an elipse, the Northern Hemisphere actually benefits by having our Summers last about five and one-half days longer than our Winters! This is caused by our Earth (or any planet) moving more rapidly around the Sun when it is closest (at or near Perihelion), than when it is further away (at or near Aphelion).

In Etymology, the word Aphelion comes from the Greek word apo (meaning “away, off, apart”) and the word Helios (Greek God of the Sun).

Safe Way to View the Sun During a Solar Eclipse or Eclipse of the Sun:
Link >>> http://andrewcarnegie.tripod.com/solflyer2.htm