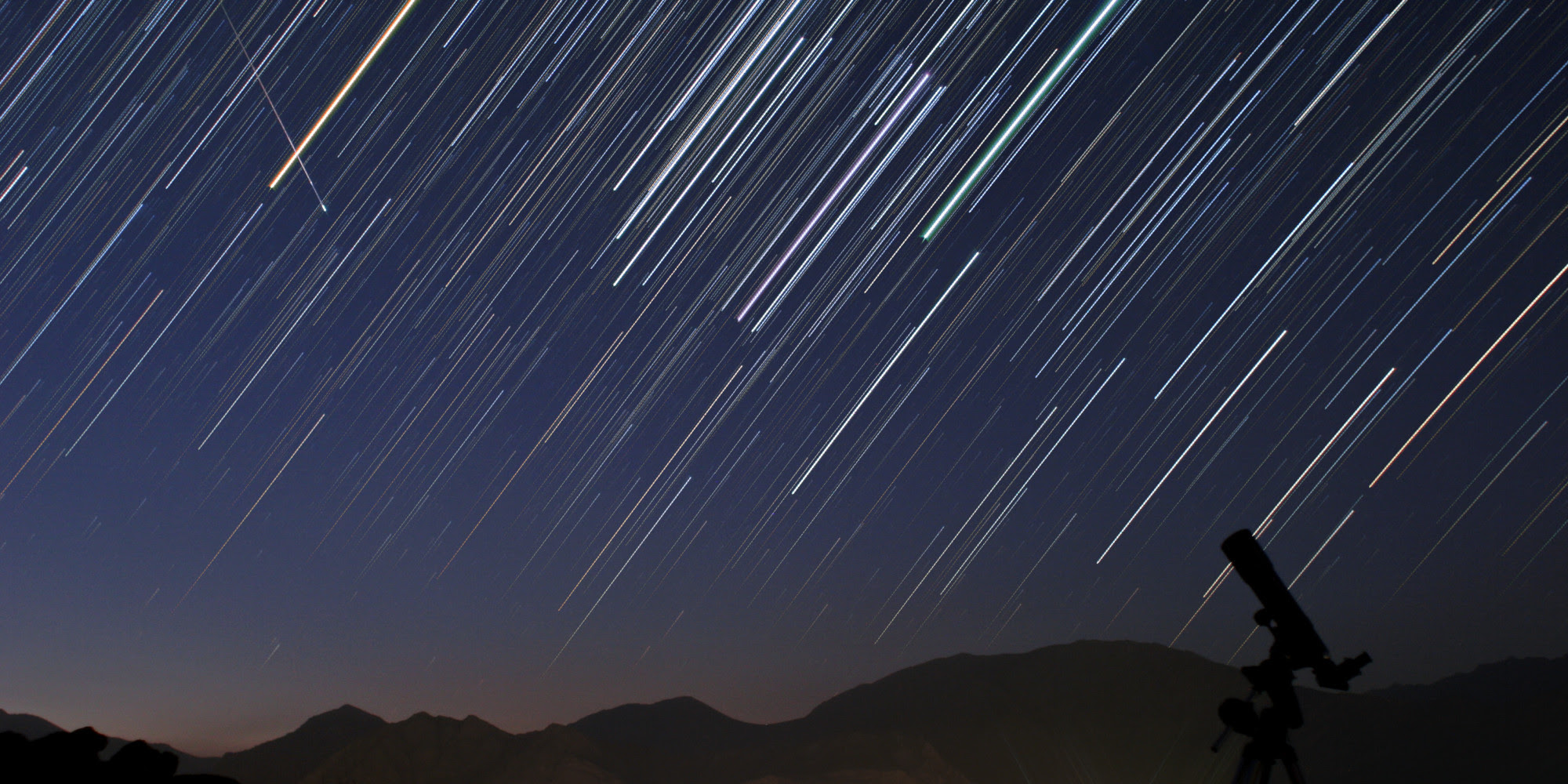 The Southern Delta Aquariid Meteor Shower, generally visible from mid-July to mid-August and particularly over the next week, peaks at 5:00 a.m. EDT / 9:00 Coordinated Universal Time on Tuesday Morning, 2014 July 29. New Moon occurs tonight, Saturday, 2014 July 26 at 6:42 p.m. EDT / 22:42 UTC. So, following New Moon, the Moon begins the waxing crescent phase, but sets in the early to mid-evening over the next week.

At its peak, if you have ideal observing conditions, you may be able to see about 20 meteors an hour during the Southern Delta Aquariid Meteor Shower.

However, to see these meteors you need to be away from city lights, as artificial lighting can often drown-out the dimmer meteors. The best time to see any meteor shower is between local midnight and morning twilight, when the Earth is actually turning-into the meteor shower.

Binoculars and telescopes are not very useful for finding meteors. Meteors streak across the sky in a very short period of time, too short to aim binoculars or a telescope. So, the best way to view a meteor shower is to lie on the ground, in an area with a good view of the entire sky (with few obstructions such as buildings, trees or hills), and keep scanning the entire sky.

Meteor showers appear to emanate from a radiant point in the sky. For the Southern Delta Aquariid Meteor Shower, the radiant appears to be the Star Delta Aquarii, the brightest star in the Constellation Aquarius. However, you should not, necessarily, be looking only at Aquarius, when looking for meteors in this shower. Meteors can appear in any part of the sky at any time.

Of course, meteor showers. like all celestial observations, are weather-permitting. If the weather in your area does not permit direct viewing outdoors of this meteor shower, it can be viewed during special web-casts at a couple sites on the Internet.