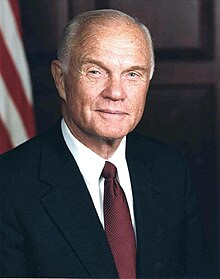 CAPE CANAVERAL, Florida (AP) — John Glenn fever has taken hold in the U.S. once again.
Three days before the 50th anniversary of his historic flight, the first American to orbit the Earth addressed employees at Kennedy Space Center. The NASA auditorium was packed Friday with hundreds of workers hoping to see the space legend.
The 90-year-old Glenn was joined at both events by Scott Carpenter, 86, the only other survivor of the original Mercury 7 astronauts, as the weekend of anniversary festivities began.
Glenn said he recollects the flight so often it seems like it took place just a couple weeks ago. He and Carpenter visited their old launch pad, Complex 14. It was from the blockhouse there that Carpenter called out "Godspeed John Glenn," a phrase that has become one of the most memorable quotes from spaceflight.
The national attention then was "almost unbelievable," Glenn said, adding that he and his colleagues learned to live with the acclaim "or tried to anyway."
The early 1960s were a magical time in Cape Canaveral and adjoining Cocoa Beach, Carpenter said. "Everyone was behind us. The whole nation was behind what we were doing," he said.
Glenn's Friendship 7 capsule circled Earth three times on Feb. 20, 1962. Carpenter followed aboard Aurora 7 on May 24, 1962.
They were the third and fourth Americans to rocket into space. Alan Shepard and Gus Grissom flew short suborbital missions in 1961, the same year the Soviet Union launched two cosmonauts into orbit on separate shots.
The Cold War was raging, and America was desperate to even the score. Glenn could have died trying if the heat shield on his capsule was loose as flight controllers feared. But the protective shield was tight, and Glenn splashed down safely.
Glenn, a U.S. senator for Ohio for 24 years, returned to orbit aboard shuttle Discovery in 1998, becoming the world's oldest spaceman at age 77 and cementing his super-galactic status. 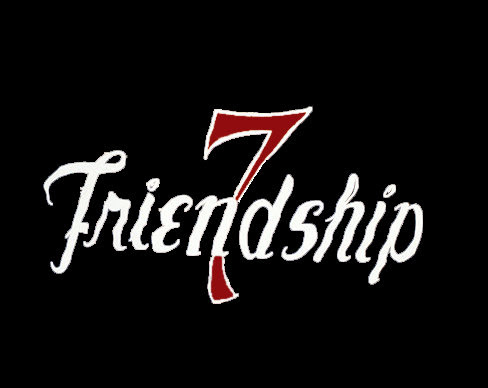