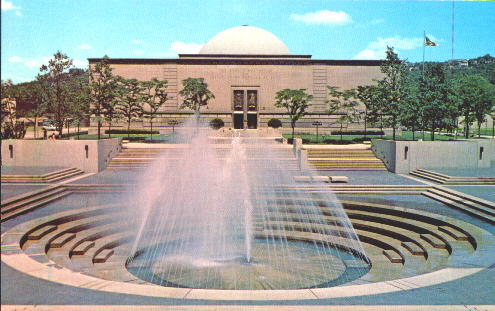 Science centers and museums around the world were greatly affected by the COVID-19 Pandemic, over the last two years. But, they are now rebounding, as was seen at the annual conference of the Association of Science and Technology Centers (ASTC) in Pittsburgh this month.

ASTC is the member organization for science centers and museums throughout the world. The ASTC annual conference is the premiere meeting of science and technology engagement professionals and educators in science communications and the STEM (Science, Technology, Engineering, and Mathematics) fields. These annual conferences include plenary and concurrent sessions, exhibit hall and poster vendors, along with social events and other networking opportunities.

At the last plenary session Wednesday morning, just prior to the Keynote Address, ASTC presented their annual Roy L Shafer Leading Edge Awards. These awards are given to science centers and museums which excel in informal science education and engagement, enhancing both their organization and the professional field.

To recognize institutions which went beyond traditional education in the STEM fields to meet special needs of the community, a new category of awards was inaugurated this year: Community Service.

During the Wednesday session, “Seizing Opportune Moments: Stories From Museums Taking on Big Change in a Changing World”, Discovery Center Executive Director Rob Blevins stated one important thing taught to children was the science of germs and the importance of hand-washing. He also indicated that, although there was a great community need during the Pandemic and the regular museum operation was on hiatus, there were no lay-offs; in fact, they actually had a need to add staff (they have 22 full-time and 28 part-time staff members).

Other awardees in the Community Service category included:

Other Roy L Shafer Leading Edge Awards, in the Resilience category, were given to:

Several sessions, during the conference, reflected on the trials and tribulations science centers and museums experienced during the worst of the Pandemic. These included Monday sessions such as “Looking Back, Moving Forward: Reflections and Roadmaps for Rebuilding Our Field Together”, “The Infodemic: Addressing the Global Crisis of Misinformation”, “Engaging Your Community on Difficult Topics: Lessons From Communities for Immunity”, and “Expanding the Universe: Building Partnerships in a COVID World and Beyond”.

The Tuesday morning Plenary Session, known as the Alan J. Friedman Science Center Dialogues, was titled, “Preparing the Public for Future Pandemics: Fostering Collaboration Between Research and Engagement”. Other Tuesday sessions included “Developing Whole Institution Sustainability Projects for Science Centers and Museums” and “The Future of Professional Learning: Brainstorm Solutions for Professional Development in a Post-pandemic World.” Another Wednesday session that concentrated on the Pandemic was “Leadership Lab: Road to Recovery Edition”.

There were other highlights on Wednesday.

The Wednesday morning Plenary Session included the Keynote Address by Gregg Behr, Executive Director of the Grable Foundation, and Ryan Rydzewski, authors of the new book, When You Wonder, You're Learning. In their address of the same name, they talked about how the late Pittsburgh icon, Fred Rogers, host of the long-running PBS children's television program MisterRogers Neighborhood, used the latest in social science research to help young children wonder, learn, and create. The speakers opined that science center and science engagement professionals could learn much from what Fred Rogers achieved.

During mid-day on Wednesday, grade-school students and other members of the general public from the Pittsburgh community were invited to a free-of-charge event, participating with the conference attendees, at a Community Science Fair called the “Hands-On Science Showdown”. Science presenters from around the country provided special science demonstrations in the several booths along the nearby Rachel Carson Bridge, which for that day had been closed to automotive traffic. Some local organizations also had science activities for children at other booths.

This event took place, in beautiful weather, all along the Rachel Carson Bridge (originally known as the 9th Street Bridge), one of three, identical, “Sister Bridges” which cross the Allegheny River from Downtown Pittsburgh's Golden Triangle to the North Side. The Rachel Carson Bridge is named for famed Pittsburgh-area, native scientist, Rachel Carson, who penned the book, Silent Spring published exactly 60 years ago this day (1962 September 27), which greatly influenced the environmental movement.

The last day of the conference, Thursday, was reserved for conference attendees to visit The Carnegie Science Center or the Children's Museum of Pittsburgh and MuseumLab. The Carnegie Science Center is a state-of-the-art science museum, including the new, digital Buhl Planetarium, a large-screen theater, and even a World War II-era submarine, the USS Requin. The Children's Museum is hosted by two historic structures, the original Buhl Planetarium building and the former Allegheny City Post Office; MuseumLab is located in America's first publicly-funded Carnegie Library building.

Posted by Friends of the Zeiss at 1:00 AM