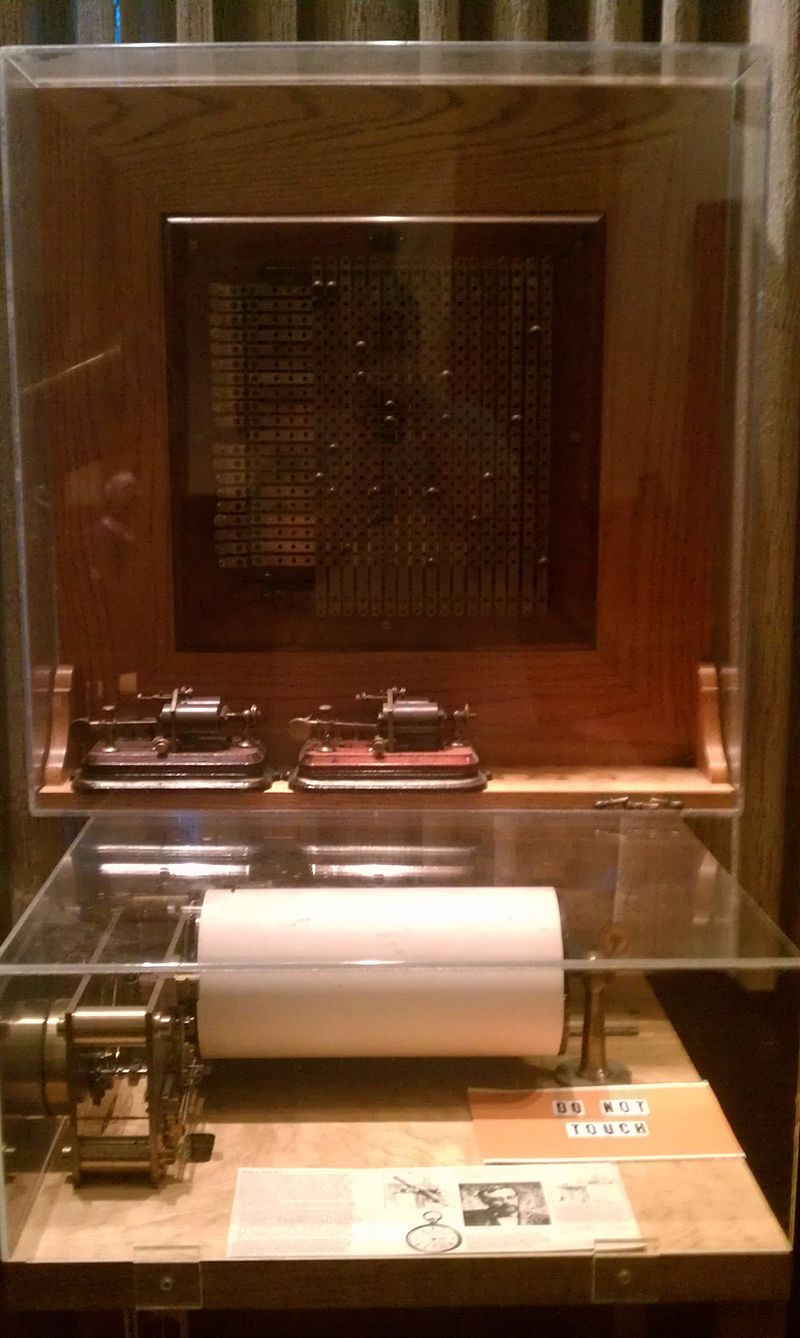 A century ago today (March 19), U.S. President Woodrow Wilson signed into law the Standard Time Act of 1918, which officially established time zones in the United States as well as Daylight Saving Time. Although time zones had been unofficially observed for a few decades.

The Standard Time Act of 1918, also known as the Calder Act, was a way of making official and consistent a practice that had started with the railroads in 1883. In fact, it was with the rapid growth of the railroads, in North America, that led to the desperate need for time zones.

With the establishment of many railroads in North America in the middle of the 19th century, it was very difficult to schedule trains. Each railroad and each city went by their own time. In the case of cities, their official clocks were often set to local solar time, with Noon being when the Sun was highest in the sky. People traveling by railroad had to continually convert the time from the city they were leaving to their destination city, to understand the railroad schedules.

This confusion also led to railroad accidents. Sometimes trains collided because it was completely unclear which train should be on a certain track at a certain time. Something had to be done.

However, before they even thought about setting-up time zones, they had to find a good way of determining and disseminating the correct time. This problem was resolved by a young scientist, who was trying to find a way to pay the operational costs of his university's astronomical observatory.

The Allegheny Telescope Association, a private club of astronomy enthusiasts, had originally opened the Allegheny Observatory in 1861 with the third largest telescope in the world, a 13-inch Fitz Refractor (the two larger telescopes, both 15-inch refractors, were located at Harvard College Observatory and in Russia). However, the cost of operating such a large observatory became unsustainable, resulting in the donation to the University.

One of the pieces of new equipment purchased was a transit telescope, used to determine the precise time by observing certain stars. Professor Langley decided that he could obtain the funds to operate the Observatory by determining the precise time each day, and at Noon sending the time (via the telegraph) to railroads and cities which would subscribe to the service for a set cost. As William Thaw was also a Vice President of the Pennsylvania Railroad, the Pennsylvania Railroad became the first customer for the Allegheny Time service, soon followed by the cities of Pittsburgh and Allegheny City.

Following the successful establishment of Allegheny Time, several proposals were made to set-up time zones throughout the country, for the benefit of the railroads. College professor Charles F. Dowd made the first detailed proposal in 1870, where four time zones were proposed. Canadian engineer Sir Sandford Fleming proposed local time zones throughout the world, but also suggested that all railroads should adopt one single time scale, which he called “Cosmic Time,” so that there would be no confusion in railroad timetables.

Cleveland Abbe, who was Director of the Cincinnati Observatory from 1868 to 1873, became the first Director of the United States Weather Bureau in 1871. In 1879, he recommended the establishment of Standard Time world-wide and four time zones across the country, to better coordinate weather observations.

William F. Allen, Secretary of the General Time Convention (known as the American Railway Association starting in 1891), proposed that North American railroads set-up five time zones for the continent, to avoid imposition of a government system. On 1883 October 11 at a meeting at the Grand Pacific Hotel in Chicago, the heads of the major railroads agreed to adopt the five-zone system.

A few railroads adopted the new system earlier in 1883, on October 7, while a few others adopted it late on December 2. And, while the Atlantic Time Zone was part of the new system, the Intercolonial Railway (the only rail line serving the Canadian Maritime Provinces of New Brunswick and Nova Scotia in the new Atlantic Time Zone) decided to adopt the time scale from the Eastern Time Zone.

As mentioned, the railroads set-up the five-time zone system to avoid the Federal Government setting-up their own system. This railroad system lasted until 1918, when the Federal Government decided to make the time zone system official. By this time, technology and the Industrial Revolution had advanced so much that railroads were not the only industry that needed a consistent time system.

Due to the need to save energy as the United States entered World War I, the Standard Time Act of 1918 included a provision for Daylight Saving Time (note that there is no letter “s” at the end of the word “Saving”) during the warmer-weather months of the year. This was the first time the United States had instituted Daylight Saving Time since something similar was first suggested by Benjamin Franklin.

Changing daily habits to take advantage of more daylight during the Summer months was first proposed by Benjamin Franklin in 1784, while he was a diplomat in Paris. In an anonymous letter that was published, he used satire to suggest that it would be better to use the sunlight of the morning rather than to waste candles in the evening. His essay, “An Economical Project for Diminishing the Cost of Light,” written to the editor of The Journal of Paris, was actually penned partially in-jest; hence, nothing came of the idea. Although, it should be noted that he did not actually propose a plan similar to the Daylight Saving Time we know today.

Although spurred by farmers and other agricultural interests who never liked Daylight Saving Time, the U.S. Congress repealed the plan seven months later over a veto by President Wilson. However, several cities including Pittsburgh, Philadelphia, Boston, and New York City continued using Daylight Saving Time during the Summer months.

Map of the time zones in the Eastern United States, when the State of Ohio was in 2 time zones (this map is posted on the bulletin board of the Allegheny Observatory Library):
Link >>> http://buhlplanetarium.tripod.com/allegobserv/time_zones_AO.jpg
(Image Source: Francis G. Graham, Professor Emeritus of Physics, Kent State University & former Planetarium & Observatory Lecturer at Pittsburgh's original Buhl Planetarium & Institute of Popular Science)

Source: Glenn A. Walsh Reporting for SpaceWatchtower, a project of Friends of the Zeiss.
2018 March 19.