Public Invited to Search for Planets in Other Star Systems 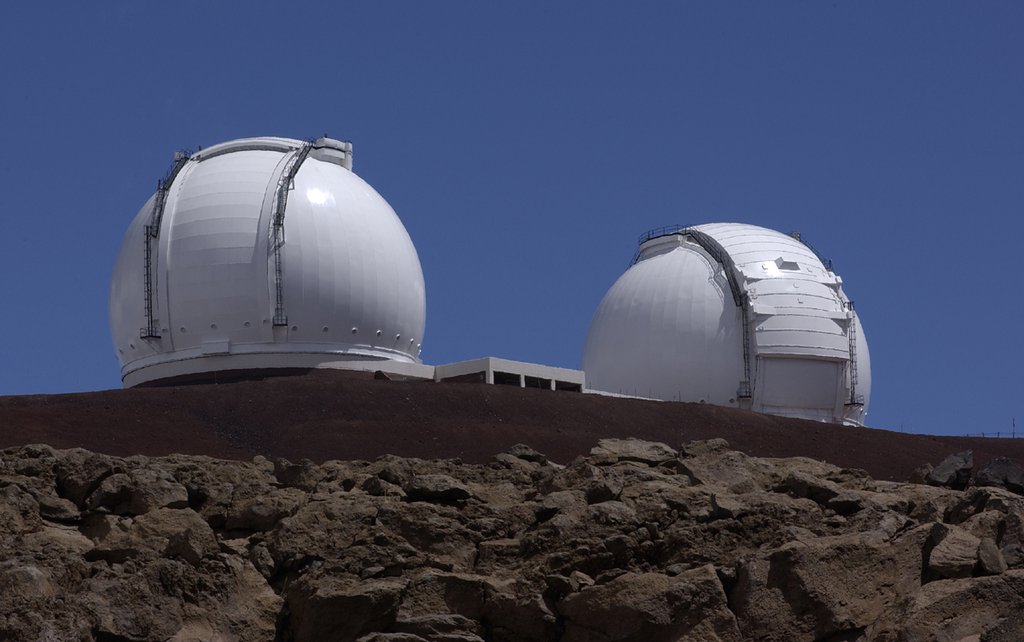 Last month, NASA opened an Internet web-site to engage the public in the search for the long-sought “Planet Nine” in the outer reaches of our Solar System. A huge data-set has also been released on the Internet, by a team led by the Carnegie Institution for Science (a.k.a. Carnegie Institution of Washington), inviting the public to help in the search for exo-planets, planets outside of our Solar System.

With a technique called radial velocity being used to help hunt for exo-planets, this data-set is the largest collection of observations utilizing this particular technique. It took more than two decades for the W.M. Keck Observatory on Mauna Kea in Hawaii to collect all of these observations. At an elevation of 13,600 feet / 4,145 meters, Keck's twin telescopes, each with a 10-meter / 33-foot mirror-aperture, saw “first-light” in the mid-1990s.

The huge observation data-set is being made available for public use, along with a computer software package to help process the data and an on-line tutorial of how to use the data-set. With almost 61,000 observations of more than 1,600 nearby stars, scientists are hoping that fresh, public eyes using this user-friendly data-base will bring new results in the search for exo-planets.

Internet links to this data-base, along with tools to assist in its use, are located at the end of this blog-post.

Much of this observation work was done by a spectrometer mounted on the Keck-I Telescope called HIRES. HIRES (High Resolution Echelle Spectrometer), a large and complex instrument of the Keck Observatory, analyzes the light spectra coming into the telescope from the various star systems observed.

"HIRES was not specifically optimized to do this type of exoplanet detective work, but has turned out to be a workhorse instrument of the field", said Steve Vogt of the University of California Santa Cruz, who built the instrument. "I am very happy to contribute to science that is fundamentally changing how we view ourselves in the universe."

Thus far, scientists looking over this data have found more than 100 possible exo-planets, including one orbiting Star GJ-411, the fourth closest star to our Solar System (8.1 light-years from Earth). An academic research paper about this find was recently published in the scientific journal, The Astronomical Journal.

“This is an amazing catalog, and we realized there just aren’t enough of us on the team to be doing as much science as could come out of this dataset,” says Jennifer Burt, a Torres Postdoctoral Fellow in the Massachusetts Institute of Technology’s (MIT) Kavli Institute for Astrophysics and Space Research. “We’re trying to shift toward a more community-oriented idea of how we should do science, so that others can access the data and see something interesting.”

"I think this paper sets a precedent for how the community can collaborate on exoplanet detection and follow-up", said team-member Johanna Teske of Carnegie’s Observatories and Department of Terrestrial Magnetism. “With NASA’s TESS mission on the horizon (scheduled for launch a year from now), which is expected to detect 1000+ planets orbiting bright, nearby stars, exoplanet scientists will soon have a whole new pool of planets to follow up.”

On-Line Tutorial for use of Software Package: Link >>> http://oklo.org/

News Release from the Carnegie Institution for Science:
Link >>> https://carnegiescience.edu/news/team-makes-planet-hunting-group-effort-finds-more-100-candidates


Source: Glenn A. Walsh Reporting for SpaceWatchtower, a project of Friends of the Zeiss.
2017 March 27.