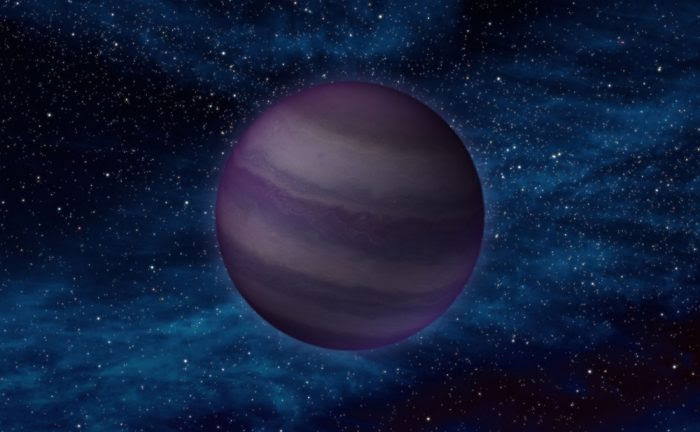 This is an artist's concept of a cool, Brown-Dwarf Star, a type known as a "Y-Dwarf," which is one possibility of being the proposed Planet Nine. Such "Y-Dwarf" stars are the coldest star bodies known, with temperatures that can be cooler than the human body! Hence, such an object in the Outer Solar System would be very difficult to find, as it would generate or reflect very little light.
(Image Source: NASA / Jet Propulsion Laboratory of the California Institute of Technology)

NASA is seeking help from Citizen Scientists – that is, regular people who have not trained to be scientists - to help find the elusive “Planet Nine” (which some people also refer to as Planet X), which scientists are convinced exists in our Outer Solar System. Although the Planet Pluto, originally considered the ninth planet, was re-designated as a “Dwarf Planet” about a decade ago due to its small size, scientists recently hypothesized that one (or possibly more than one) much larger, and very difficult to see, planet is still yet to be found beyond the orbit of Neptune.

NASA has funded a new Internet web-site, titled Backyard Worlds: Planet 9 (Internet link to this web-site at the end of this blog-post), for members of the general public to assist with the search for Planet Nine, and possibly other yet-unfound celestial bodies between the orbit of Neptune and the closest star (not including our Sun) to our Solar System, Proxima Centauri. Proxima Centauri is 4.25 light-years from Earth, and in that distance there possibly is one or more planetary bodies that are very difficult to find.

The data-base used in the Backyard Worlds: Planet 9 web-site comes from a scan of stars in the entire sky, between 2010 and 2011, by NASA's Wide-Field Infrared Survey Explorer (WISE) mission. While it may be difficult to find outer planets using normal light, it is hoped that these objects can be found in a WISE infrared scan.

"There are just over four light-years between Neptune and Proxima Centauri, the nearest star, and much of this vast territory is unexplored," said lead researcher Marc Kuchner, an astrophysicist at NASA's Goddard Space Flight Center in Greenbelt, Maryland. "Because there's so little sunlight, even large objects in that region barely shine in visible light. But by looking in the infrared, WISE may have imaged objects we otherwise would have missed."

On the new web-site, public participants can view brief "flip-book" movies of WISE scans of parts of the sky. It is believed that human eyes, looking at these infrared scans, could discern objects more readily than would a computer search-algorithm. There are some things that human eyes can still do better than a computer!

In addition to the possibility of finding Planet Nine, or other possible planets, asteroids / planetoids, or comets,  Brown-Dwarf Stars in the vicinity of our Solar System, some known as "Y-Dwarfs" (somewhat similar to Jupiter), may also be found in this new search. It may actually turn-out that Planet Nine is a Y-Dwarf or Brown-Dwarf.

Once a public participant views these brief movies, if they find an object that seems not to be a normal star, they can contact a Jet Propulsion Laboratory scientist (by flagging a questionable object) about the find. If it turns out that a new planet or a Y-Dwarf or Brown-Dwarf Star has actually been discovered, the citizen scientist(s) who participated in the discovery will be credited in the scientific literature.

So, give the new Backyard Worlds: Planet 9 web-site a try and see if you can find any yet-unchartered worlds. And, if NASA confirms that you did help find a new world, let SpaceWatchtower know (E-Mail address: < spacewatchtower@planetarium.cc >); we will include your name and your new discovery in an up-coming SpaceWatchtower blog-post!

Walsh, Glenn A.
"Undiscovered 'Planet Nine' May Be Cause of Tilt of Our Solar System." Blog-Post.
SpaceWatchtower 2016 Oct. 22.
Link >>> http://spacewatchtower.blogspot.com/2016/10/undiscovered-planet-nine-may-be-cause.html

Source: Glenn A. Walsh Reporting for SpaceWatchtower, a project of Friends of the Zeiss.
2017 March 10.