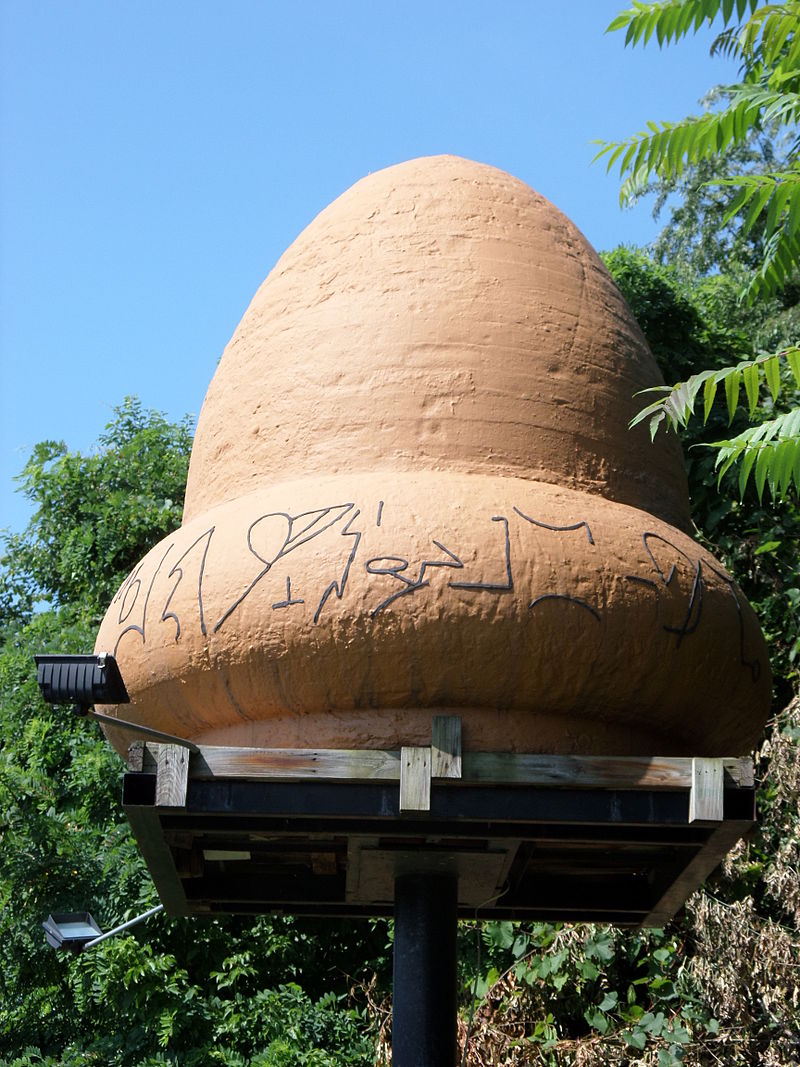 This is a model of the object that witnesses say crashed near
the Pittsburgh suburb of Kecksburg, Pennsylvania on 1965
December 9. This model was originally created in 1990 for the
NBC television series "Unsolved Mysteries," and is now on
display near the Kecksburg Fire Department. The article linked
to this blog post includes a more recent photograph of this model,
which includes the article author, Professor Francis G. Graham.
(Image Sources: Wikipedia.org , "SpaceA" by Navy2004 - Own work. Licensed under
CC BY-SA 3.0 via Commons - https://commons.wikimedia.org/wiki/File:SpaceA.JPG
#/media/File:SpaceA.JPG )


Fifty years ago today (2015 December 9), a large fireball was seen by thousands of people over at least six U.S. states and the Canadian Province of Ontario, including the metropolitan areas of Detroit and Pittsburgh. This fireball crashed near the small Westmoreland County, Pennsylvania village of Kecksburg, about 30 miles southeast of Pittsburgh.

While the media reported the fireball as a meteor, witnesses of the crashed object claim otherwise. Soon the State Police sealed-off the area and the U.S. Army was called-in to investigate. Although military officials claim they found “absolutely nothing,” some witnesses report that the Army removed some type of object from the crash site on a flatbed truck.

Known by some in the UFO field as “Pennsylvania's Roswell” incident, there have been several hypotheses as to what actually crashed in the woods that late afternoon fifty years ago. While some people contend that it was an extra-terrestrial spacecraft, other people think it more likely was a spacecraft of terrestrial origin, possibly a Russian probe that had been bound for Venus.

The following is a link to an article, "The Kecksburg Chronicles," which provides a survey of what is known about this event, and some of the hypotheses of what may have crashed near Kecksburg in 1965. The author of this article is Francis G. Graham, Professor Emeritus of Physics at Kent State University, who grew-up near the site of the Kecksburg “UFO” incident. Professor Graham also founded the American Lunar Society and for many years was a Planetarium and Observatory Lecturer at  Pittsburgh's original Buhl Planetarium and Institute of Popular Science.