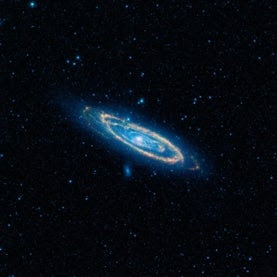 Astrobiology—the study of extraterrestrial life—has made great strides since its 1960s origins, when the evolutionary biologist George Gaylord Simpson derided it as “a science without a subject.” Today it is booming as never before, driven by perennially high public interest and steadily growing scientific respectability.

In a press conference last week two senior NASA officials—Ellen Stofan, the agency’s chief scientist, and John Grunsfeld, the former astronaut and associate administrator for NASA’s science programs—predicted that astrobiologists would at last find their elusive alien subjects within only a decade or two. Not long ago the prediction would have been bold but now it seems almost passé, as more evidence mounts that the warm, wet conditions for life as we know it prevail throughout the cosmos. Surely simple, single-celled life should be common out there, waiting to be found by a rover in subsurface brines on Mars or by a mission sent to probe the oceans of the icy moons Europa or even via space telescopes gazing at Earth-like planets orbiting faraway stars. NASA generously funds all these efforts.

The possible existence of intelligent aliens and extraterrestrial civilizations, on the other hand, remains much more controversial and is scarcely funded at all. Even so, for more than a half-century a small, scattered contingent of astronomers has gone against the grain, engaging in a search for extraterrestrial intelligence (SETI). SETI chiefly looks for chatty cosmic cultures that might be beaming messages around our region of the galaxy using radio waves or laser pulses. But its interstellar eavesdropping has yet to detect any signals that withstand close scrutiny. Even if brimming with life, to us, the galaxy seems to be a very quiet, rather lonely place.

Now, new results suggest this loneliness may extend out into the universe far beyond our galaxy or, instead, that some of our preconceptions about the behaviors of alien civilizations are deeply flawed. After examining some 100,000 nearby large galaxies a team of researchers lead by The Pennsylvania State University astronomer Jason Wright has concluded that none of them contain any obvious signs of highly advanced technological civilizations. Published in The Astrophysical Journal Supplement Series, it is by far the largest of study of its kind to date—earlier research had only cursorily investigated about a hundred galaxies.