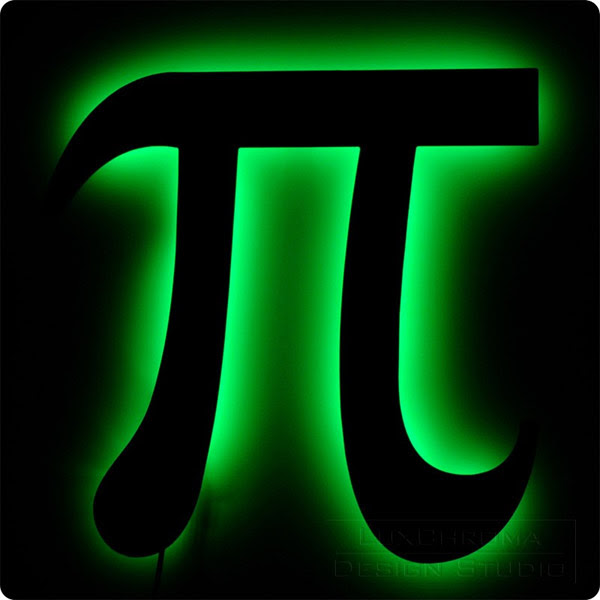 The mathematical constant Pi, the ratio of a circle's circumference to its diameter, is celebrated each March 14: 3.14. Pi is an irrational number which cannot be expressed as a common fraction, and it has a decimal representation that never repeats and never ends.

However, this year (2015), allows a unique moment, which only occurs once each century, to further consider Pi.

Over the last century, people have gotten used to describing dates completely by Arabic numerals. And, with this numeric date convention, certain dates have been given special significance due to the “coincidence” of the digits, such as 6-6-66.

Of course, 6-6-66 is understood to mean June 6, 1966, the first such, “significant,” numeric date abbreviation I learned in elementary school. Of course, this was before Y2K when years were described in two digits. Although many more people today do use a four-digit year when writing a numeric date, regrettably some people continue to use a two-digit year despite the computer problems, and consequent conversion expense, this led to just prior to the year 2000.

Actual dates are not the only things described as numeric dates. Beginning in 1988 at the Exporatorium science museum in San Francisco, the first three numeral digits of Pi have been used as a date, 3.14 (March 14), for an annual celebration of the mathematical constant: Pi Day.

But, only once in a century is there a “Pi Moment.” This is the one date and time, in 100 years, that can be described by the first ten digits of Pi:

And, for those who wish to be even more precise, after the first ten digits of Pi, the remainder of Pi can be expressed as a decimal of the 53rd second.

For students (grades 4 through 11) to celebrate “Super Pi Day” or “Pi Day of the Century,” the Education Office at NASA's Jet Propulsion Laboratory has crafted a math challenge to show students of all ages how NASA scientists and engineers use the mathematical constant Pi. These four real-world math problems, which teachers can access as a web infographic and printable handouts, include:

More on the NASA / Jet Propulsion Laboratory student math challenge for “Super Pi Day,” with instructions on how to download the problems and view the activity details, including the addressing of Common Core standards:
Link >>> http://www.jpl.nasa.gov/education/index.cfm?page=430

And, if that is not enough for a celebration, March 14 also happens to be the 136th birthday of Albert Einstein !