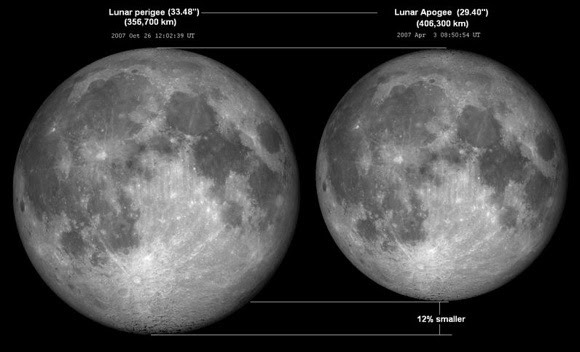 The Full Moon of March, on Thursday, is the smallest Full Moon of 2015. This is due to the fact that the Moon reaches the point of lunar apogee, in its orbit around the Earth, just 10 hours earlier than the time of Full Moon.

Consequently, at this time, sharp viewers may notice that the Moon looks slightly smaller than how it normally appears in the sky. The Moon will then be about 30,000 miles farther away from the Earth than it would be during a lunar perigee Full Moon, when the Full Moon is closest to the Earth in its orbit.

The rising outdoor temperatures, as the days approach the Vernal Equinox, the official beginning of Spring on March 20, leads to the thawing of the ground and the appearance of earthworms, followed soon by robins. Hence, the Full Moon of March is known as the Worm Moon.