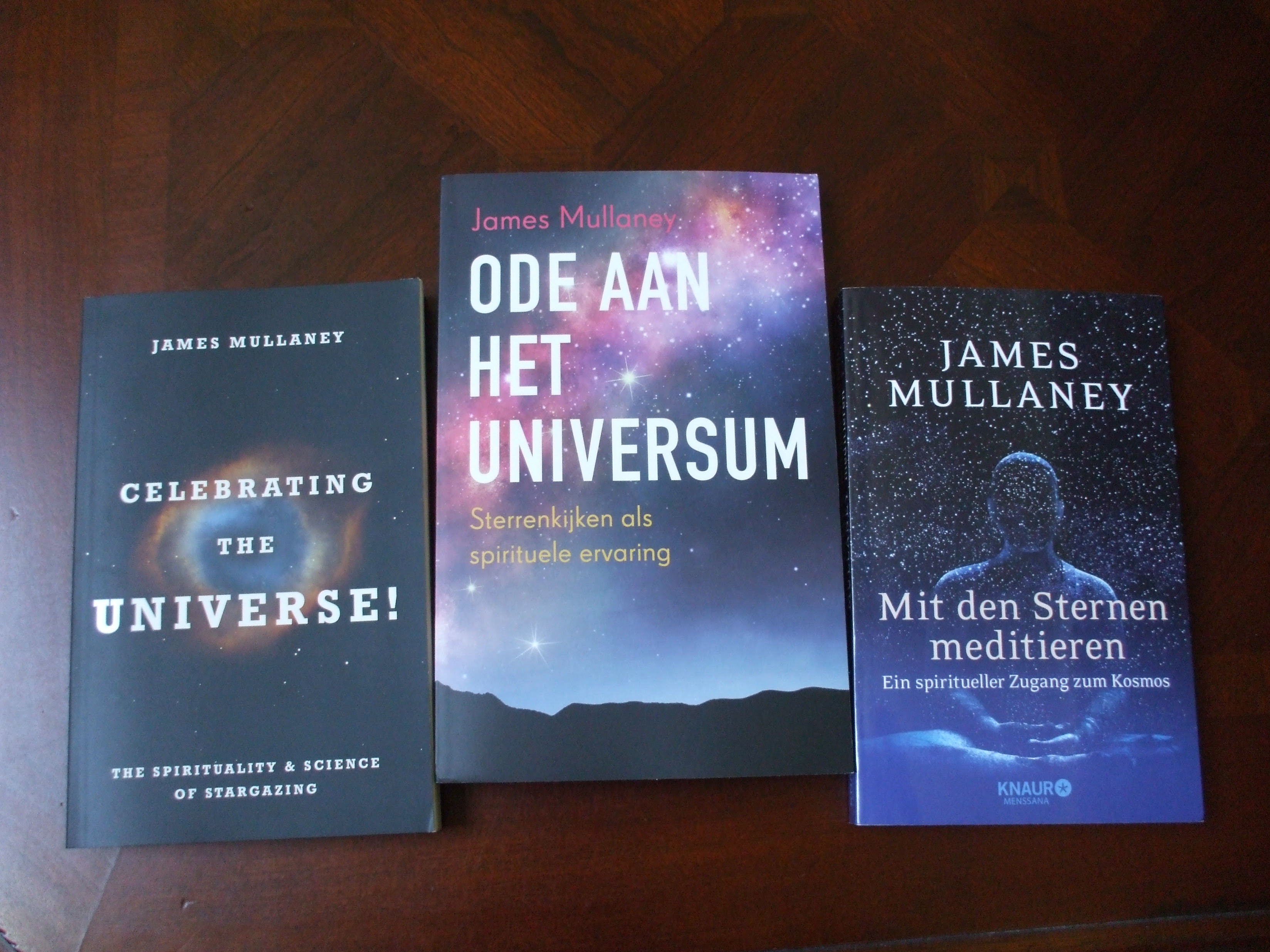 Celebrating the Universe! by former Buhl Planetarium Astronomy Curator James Mullaney
is now available in the Dutch and German languages, as well as in English.

The book, Celebrating the Universe!  by James Mullaney, published in English last year, has now been published in the Dutch and German languages.

Celebrating the Universe! goes beyond science to explain the personal benefits of communing with the night sky. Perhaps the first book of its kind, this book also goes into little known aspects of stargazing including therapeutic relaxation, celestial meditation, and looking at astronomy from a spiritual perspective.

The author, James Mullaney, is a lifelong astronomer who has served as Curator of Exhibits and Astronomy at Pittsburgh's original Buhl Planetarium and Institute of Popular Science and Staff Astronomer at the Allegheny Observatory. He was also Director of the DuPont Planetarium on the campus of the University of South Carolina, Aiken.

Recently, Mr. Mullaney also published the article, "Stargazing Simplified," in the April issue of Sky and Telescope Magazine. According to Mr. Mullaney, this article, about getting back to basics and the simple joy of astronomical observing, has received the most enthusiastic response of any article he has written for the magazine--and, he has been writing for Sky and Telescope Magazine since 1962!