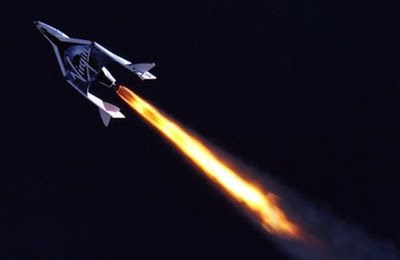 As the number of public and private actors in space increase, as demonstrated in part by Virgin Galactic’s recent powered flight of SpaceShipTwo, the need for effective space security measures grows. (credit: Virgin Galactic/MarsScientific.com)

The UN Group of Governmental Experts (GGE) is an important platform for discussions on issues concerning space security. The present GGE on outer space was established in 2011 and to date has held two meetings. The third and last meeting is expected during July 2013. The previous GGE on the same subject matter was held two decades back during the period 1991–1993.

The present mandate for the GGE is to develop Transparency and Confidence-Building Measures (TCBMs) for outer space. The idea is to develop various methods for improving cooperation and reducing the risks of misunderstanding and miscommunication in space activities. TCBMs are expected to extend concrete, feasible, and practical recommendations in this regard.

Over the years, various efforts have been made to have a mutually agreeable regime in the space arena. None have met with much success. On this issue there has been a deadlock in the Conference on Disarmament (CD) for more than 15 years simply because the states are not able to agree on the annual program of work. Also, the UN efforts, like the Committee on the Peaceful Uses of Outer Space (COPOUS), and the prevention of an arms race in outer space (PAROS) have remained as non-starters. Presently, two major and complimentary efforts are underway: the international space code of conduct is being deliberated and the GGE is heading towards finalization.