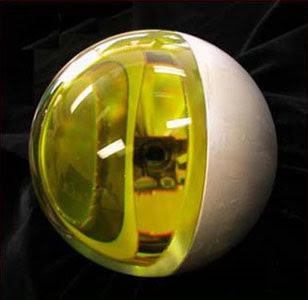 The BLITS (Ball Lens In The Space) retroreflector satellite launched by the Federal Space Program of Russia in association with the International Laser Ranging Service. (Image Source: NASA)


The Satellite Collision that Never Happened?


What has been reported by mainstream press to have been a satellite collision in late January, which allegedly damaged a Russian satellite, never took place, according to a U.S. defense official.

Major news outlets reported last week that the Russian BLITS satellite collided with a piece of orbital debris left after China conducted an anti-satellite test using its own Feng Yun 1C satellite as a target in 2007. They quote experts at the Center for Space Standards & Innovation, who say the collision occurred Jan. 22.

However, a defense official says such an incident never occurred. “There is no definitive proof there was a collision,” this source says. Experts at the Air Force’s Joint Space Operations Center in California constantly track orbital debris and satellites the size of a softball or larger using a global electro-optical and radar sensor capability. Debris from the destroyed Chinese weather satellite actually never came close enough to the Russian BLITS satellite for the Air Force to notify operators of a possible collision, this source says. The defense official spoke on the condition of anonymity because he was not authorized to speak publicly about the matter.