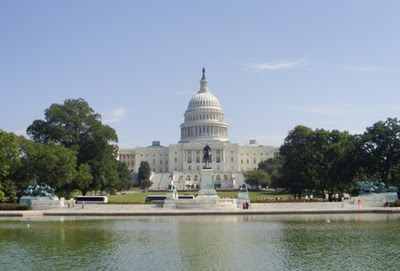 The House version of a defense authorization bill would effectively block the ability of the administration from enacting a space code of conduct without Congressional consent. (credit: J. Foust)

Last week, the House of Representatives debated H.R.4310, the Defense Department authorization act for fiscal year 2013. The bill contains a provision concerning the implementation of a code of conduct for outer space activities. Specifically, Section 913 prohibits the Department of Defense from uses funds to implement an international agreement on space activities that has not been ratified by the Senate or otherwise authorized by federal statute.
The bill, which undoubtedly takes aim at the International Code of Conduct, is the latest attempt by Congress to curtail the Obama Administration’s efforts to implement a code of conduct without the consent of Congress. Congress opened its first salvo against the Administration on January 18, when several members of Congress sent a letter to President Obama. The letter, signed by Congressmen Michael Turner and Joe Heck and Senators John Kyl and Jeff Sessions, all Republicans, extended support for the administration’s decision not to sign on to the measure but, at the same time, expressed concern about Secretary of State Hillary Clinton’s announcement that the United States intended to negotiate a similar measure using the European Code as a starting point. (See “Congressional opposition to a Code of Conduct for space”, The Space Review, February 6, 2012.)