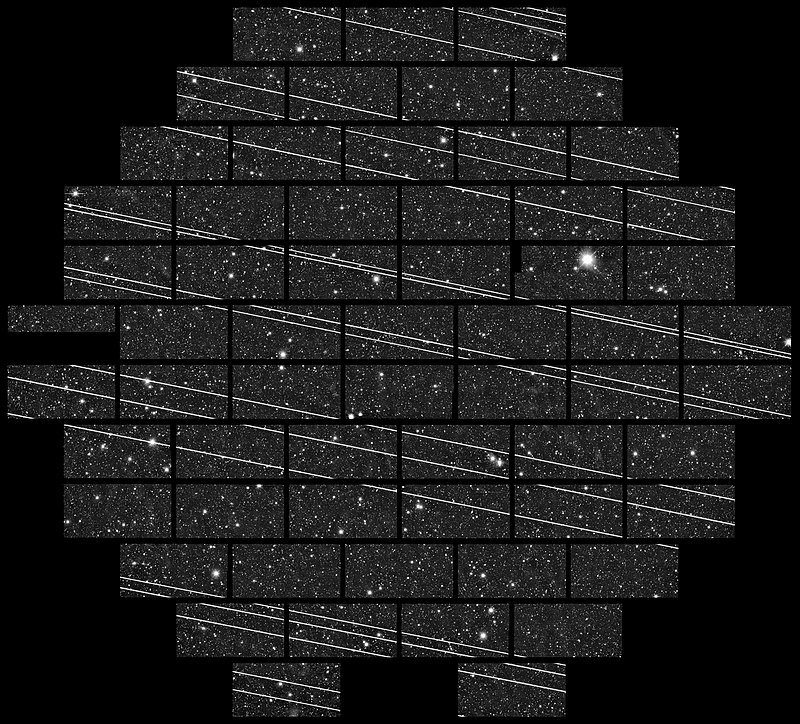 With more than 500 “StarLink” satellites already placed in Earth orbit by SpaceX, scientists, photographers, Indigenous communities, and other stargazers are concerned that space clutter will endanger the view of the night sky that human-kind has enjoyed for millenia. Now, NASA is asking anyone with a smart-phone to photo-document the satellite streaks in the night sky, as more and more of these satellites enter Earth orbit.

A new Citizen Science Project, the Satellite Streak Watcher research project, asks amateur astronomers, photography enthusiasts, and anyone else interested to use their smart-phones to document the increasing number of satellite streaks in the night sky. All that you need is a smart-phone camera or other digital camera, a tripod to hold the camera steady, and long photographic exposures on dark, clear evenings or early mornings.

The best time to take these digital pictures is within the 90 minutes after sunset and within the 90 minutes before sunrise. Although the Sun is no longer shining on a portion of the planet during these time periods, the Sun still shines on the satellites in low-Earth orbit and will provide bright streaks on long-exposure photographs showing these satellites traveling through the sky.

SpaceX plans to launch around 12,000 StarLink satellites to help spread Internet access around the globe, with these space-based satellite systems. Other corporations, including Amazon, may launch even more “constellations” of Internet communication satellites.

To be effective in relaying Internet access, low-Earth orbit is more advantageous. But, the lower the orbit the brighter a satellite appears in the night sky. More such satellites to cover the entire globe are needed when they are placed in a lower orbit, which even aggravates the situation. And, when each of these satellites is de-commissioned, it will add to the amount of space junk in orbit.

With all of these new, low-Earth orbit satellites, many astronomers are concerned that the sky may become so cluttered that astronomical research will be at risk. With so many streaks appearing in the night sky photographs astronomers use to study the cosmos, the study of deep space objects becomes extremely problematic.

Although SpaceX has promised to make future satellites with a darker, less reflective tint, it still is unclear that this will help the situation. However, satellite companies prefer a reflective surface on their satellites to reduce heat absorption from solar radiation.

For more than a century, scientific and educational institutions have tried to locate major astronomical observatories in remote areas away from large metropolitan cities, to avoid light pollution as well as other air pollutant sources. However, light pollution from a source in Earth orbit cannot be avoided from any place on the planet.

NASA wants to document the problem, for possible, future remediation efforts. So, if you have the interest and the proper equipment, perhaps you can help NASA photo-document these satellite streaks in the night sky and upload these images to the Satellite Streak Watcher research project.

Source: Glenn A. Walsh Reporting for SpaceWatchtower, a project of Friends of the Zeiss.
Thursday, 2020 July 16.