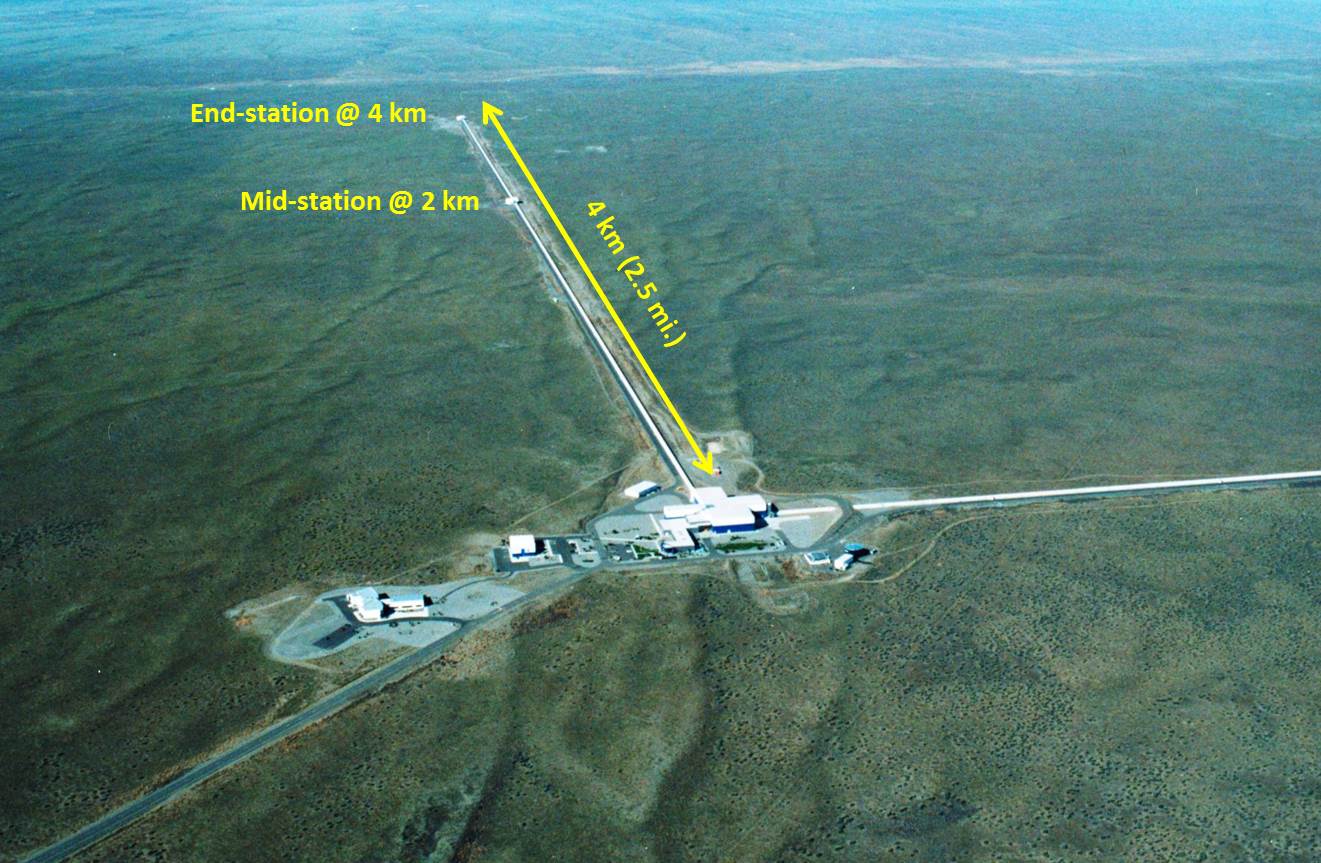 The first LIGO installations went on-line in 2002 and collected data through 2010, but found no Gravitational Waves. The National Science Foundation (NSF) continued funding this project in 2008, when enhancements to LIGO were added. Agencies from other nations, such as the Max Planck Society of Germany, United Kingdom Science and Technology Facilities Council, and the Australian Research Council also started providing funding for this Physics experiment.

LIGO consists of two observational facilities: LIGO Livingston Observatory in Livingston, Louisiana and LIGO Hanford Observatory near Richland, Washington, on the campus of the U.S. Department of Energy Hanford Site. The Hanford Site was originally established in 1943 as part of the Manhattan Project's development of plutonium, which was used for the second atomic bomb dropped on Nagasaki, Japan on 1945 August 9 leading to the end of the Second World War.

The first Gravitational Wave detection was publicly announced on 2016 February 11. The detection occurred on 2015 September 14, just two days after upgraded LIGO detectors had gone on-line. The signal received was designated GW150914, and it matched the predictions of the Theory of General Relativity for the merger of two Black Holes.

A few months later, on 2016 June 15, a second detection was announced. The event, a merger of two more Black Holes, had been recorded on 2015 December 26.

The fourth and most recent LIGO detection occurred in August. Announced just last week, the August 14 coalescence of two more Black Holes was also detected by a similar facility, called the Virgo Detector, near Pisa, Italy.

Source: Glenn A. Walsh Reporting for SpaceWatchtower, a project of Friends of the Zeiss.
2017 October 7.