The Apache Point Observatory Lunar Laser-Ranging Operation
(APOLLO) in New Mexico shoots a laser at the Moon. The laser
pulse is reflected back to Earth by retro-reflectors left on the Moon
by the Apollo mission astronauts in the late 1960s and early 1970s.
(Image Sources: Wikipedia.org , By M3long - Own work, GFDL
https://commons.wikimedia.org/w/index.php?curid=3512980 )

The closest Full Moon, and hence, the largest so-called “Super-Moon” in nearly 70 years will be visible throughout the overnight periods of both Sunday night / Monday morning (Nov. 13-14) and Monday night / Tuesday morning (Nov. 14-15). Particularly since the Apollo missions to the Moon of the late 1960s and early 1970s, accurately measuring the distance between Earth and the Moon has been possible using lasers.

Monday's Full Moon phase of the Earth's Moon will be the closest to Earth, and appear as the largest, since 1948 January 26. The next Full Moon that comes this close to Earth will not occur until 2034 November 25. Hence on Monday, once again, we have a so-called “Super-Moon.”

The November Full Moon will be the second of three "Super-Moons" in a row this year, with the third coming on December 14; however the November Full Moon is by-far the closest and brightest. Due to the very close proximity of the Full Moon to the Earth on November 14, the term “Super-Moon” may be the most valid of the many times the term has been used over the last few years.

The reason a “Super-Moon” is so close, and appears so large, is because this is known as a perigee (or perigean) Full Moon—when lunar perigee and a Full Moon occur near the same time, at least within a 24-hour period. Due to the Moon's ellipitical orbit around the Earth, perigee is the closest point in the orbit that the Moon approaches the Earth each month (actually, every 27.32166 days).

Apogee is the Moon's farthest point in the lunar orbit from the Earth. From the point of apogee to the point of perigee, the Moon can be as much as 14 per-cent closer to the Earth (approximately 30,000 miles / 48,280 kilometers closer), and appear 30 per-cent brighter.

You would have to look closely to notice the size difference between this “Super-Moon” and a Full Moon that rises any other time of year. As the Moon always looks a little larger when near the horizon, the best time to view the “Super-Moon” will be just after the moon rises in the east and just before the moon sets in the west. Around the time of the Full Moon phase, the Moon rises shortly before or after the Sun sets, and the Moon sets shortly before or after the Sun rises. At the end of this blog-post is a link to the U.S. Naval Observatory Internet Web Site, where you can determine moon-rise and moon-set times for your locality.

Brightness of the “Super-Moon” may be more noticeable than the actual size of the Moon. So, if you cannot notice the larger size, you should be able to notice the greater brightness of this Full Moon.

For people who live near an ocean coast-line, the tides may also be much more noticeable. While the Full Moon phase (and the New Moon phase) usually brings higher tides than normal, a “Super-Moon” will bring among the highest tides possible, outside of a hurricane or other major storm.

Scientists have had a new tool to more accurately measure the distances between the Earth and the Moon since 1969. Astronauts on three of the Apollo space missions which landed on the Moon mounted retro-reflectors at each landing site, which allows reflected laser light from an Earth-based laser to accurately measure the Earth--Moon distance at any time an observatory can send and receive a laser pulse. Russia also landed two retro-reflectors, by unmanned space probes, on the Moon.

Called Lunar Laser-Ranging Experiments, these experiments actually started in 1962, when a research team from the Massachusetts Institute of Technology (MIT) successfully observed laser pulses reflected from the surface of the Moon, using a laser with a millisecond pulse length. Later the same year, a Russian team from the Crimean Astrophysical Observatory made similar measurements using a Q-switched ruby laser. 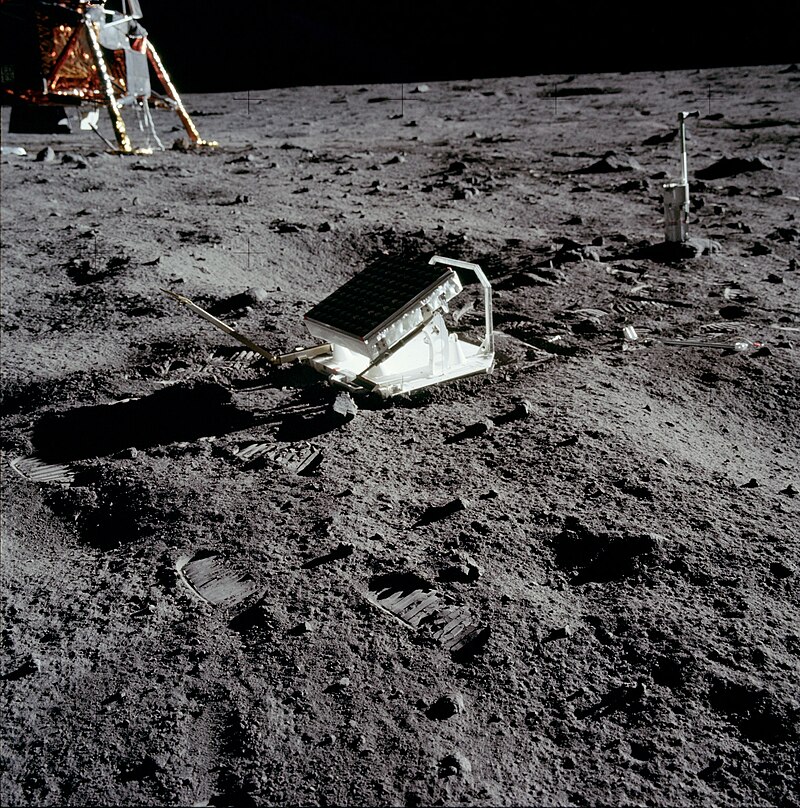 After 1971, Lunokhod 1 was lost on the Moon, as lunar laser-ranging experiments had failed to detect a return signal. However, on 2010 March 17, both the Lunokhod 1 lander and rover were found in photographs taken by NASA's Lunar Reconnaissance Orbiter.

Although this month's Full Moon is now regarded as a so-called “Super-Moon,” the Native Americans had other names for the November Full Moon.

The Full Moon of November is generally known, in the Northern Hemisphere, as the Beaver Moon. This was the time when Native Americans set-out beaver traps, before creeks and swamps froze-over, to ensure a good supply of warm furs for the coming Winter. Although beavers do not hibernate, by the following month the beavers would be in their lodges for the Winter, difficult for hunters to trap.

This beaver fur was its most usable at this time of year, both waterproof and warm. The furs also provided a special oil, used as a hair protector. The beaver was revered by the Native Americans, spiritually.

Other researchers believe the Beaver Moon name came from the fact that beavers, themselves, are active building water dams,  preparing for Winter at this time of year.

This month's Full Moon sometimes is also referred to as the Frost or Frosty Moon. And, some Indian tribes referred to the November Full Moon as the Deer-Mating Moon or the Fur-Pelts Moon.