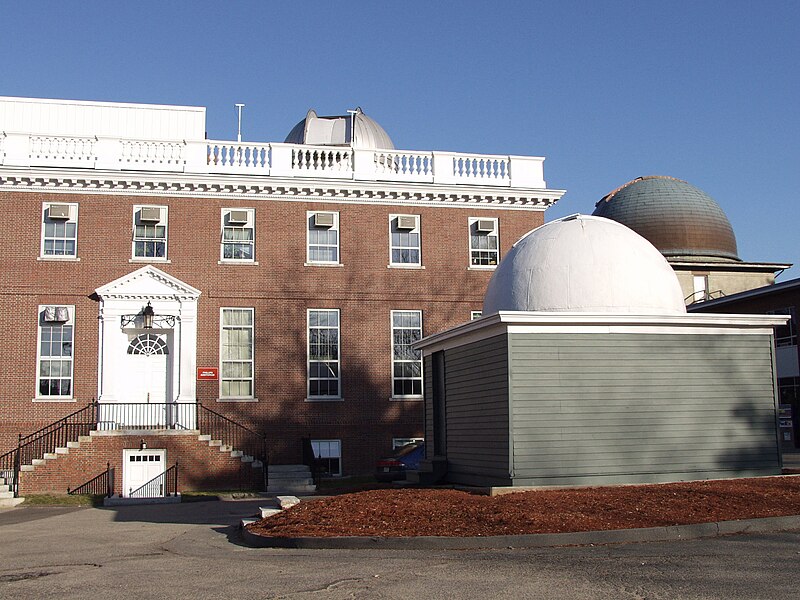 This is the exterior of the Smithsonian Astrophysical Observatory in Cambridge, Massachusetts, established in 1890 by the Smithsonian's third Secretary, Samuel Pierpont Langley, who had been Director of Pittsburgh's Allegheny Observatory. Former U.S. President John Quincy Adams had originally proposed that the Smithsonian bequest be used to construct a national observatory, what he called "a lighthouse of the skies." And, in addition to being the astronomical middle of Summer, August 7 has been designated National Lighthouse Day by the U.S. Congress.
(Image Source: Wikipedia.org )

This point in time is known by the term, Cross-Quarter Day (XQ). Having no formal astronomical definition, "cross-quarter" here is defined as the moment in time precisely half-way between an adjacent equinox and solstice or adjacent solstice and equinox.
.
In this case, the moment in time is precisely half-way between the Summer Solstice (observed on June 21) and the Autumnal Equinox (which will be observed on September 23). The traditional cross-quarter day of August 1 is known in the British Isles as Lammas (Anglo-Saxon) or Lughnasadh (Irish/Scottish).

Lammas / Lughnasadh Day is the least known, to the general public, of the four cross-quarter days each year. The other three, traditional, cross-quarter days have long been part of the popular culture: Groundhog Day (February 2), May Day (May 1), and Halloween Day (October 31). Likewise, due to the evolution of our calendar from ancient times, the actual cross-quarter day for each of these holidays also occurs a few days after the traditional date.

Lammas / Lughnasadh Day, in ancient times, was a festival day which marked the start of the harvest season, particularly the wheat harvest. On Lammas Day, it was customary to bring a loaf of bread, from the new crop, to church to be blessed.

Lughnasadh Day, in Irish mythology, is a festival said to have begun by the God Lugh as a funeral feast for his foster-mother, Tailtiu, a goddess said to have died of exhaustion from clearing the plains of Ireland for agriculture.

At about the same time as the mid-point of Summer is the Heliacal Rising of the Star Sirius on August 7. This is the first day, normally, that Sirius can briefly be seen on the eastern horizon just prior to sunrise (seven degrees altitude ahead of the Sun), weather-permitting.

As Sirius is the brightest star in the nighttime sky, the ancient astronomers / astrologers believed that the rising of Sirius in the daytime sky added to the heat from the Sun, to make Summer even hotter: The Dog Days of Summer (being in the Constellation Canis Major, Sirius is nicknamed The Dog Star). Actually, The Dog Days of Summer are generally considered to run from early July to early September, some specify from July 3 to August 11. Although Sirius is much hotter than our Sun, it is much too distant to provide any appreciable heat to our planet.

August 7 also marks National Lighthouse Day designated by the U.S. Congress on this date in 1989, which was the 200th anniversary of the commissioning of the first Federal lighthouse.

More on the heliacal rising of a celestial object:
Link >>> http://en.wikipedia.org/wiki/Heliacal_rising