End of Research at Lick Observatory ? 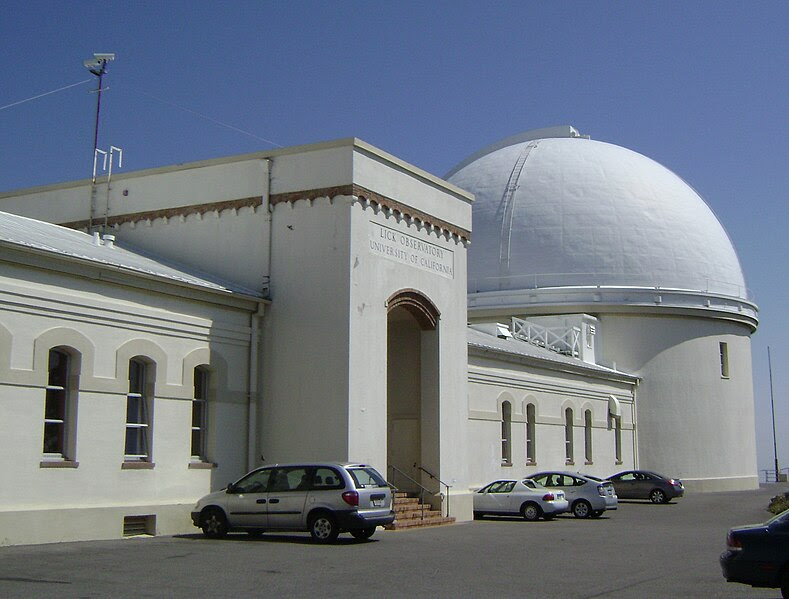 View of the Lick Observatory main building and large dome housing the historic 1889, 36-inch James Lick Refractor Telescope, located on the summit of Mount Hamilton near San Jose. Astronomer and astrophysicist James E. Keeler, after being Director of Pittsburgh's Allegheny Observatory for seven years, became Director of Lick Observatory in 1898. After his untimely death in 1900 at age 42, his cremated remains lie in a crypt below the 30-inch Keeler Memorial Reflector Telescope at Allegheny Observatory in Pittsburgh, along with the remains of his wife, his son Henry, and the remains of John and Phoebe Brashear. (Image Source: Wikipedia.org )

The future of astronomical research at the iconic Lick Observatory is in peril, as the University of California threatens to cut funding and perhaps even convert most of its once-cutting-edge Mount Hamilton telescopes into museum relics.

Now, alongside the search for new celestial frontiers, scientists must hunt for a new source of outside funding to keep the 125-year-old observatory from going dark.

"It's heartbreaking. We're collapsing like a house of cards," said Steve Vogt, who leads a team of planet-hunting astronomers at UC-Santa Cruz.

Perched on the 4,200-foot summit of Mount Hamilton east of San Jose, the UC-run observatory is home to six telescopes, which are increasingly upstaged by newer and larger telescopes in other parts of the world. When constructed in 1888, Lick was the first permanently occupied mountaintop observatory in the world; for almost a decade, its original telescope was the largest ever built.

It has made major contributions to the field of astronomy, discovering asteroids, moons of Jupiter and planets outside our solar system.