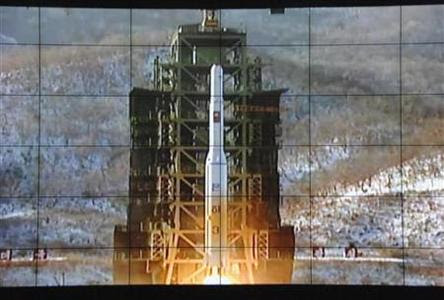 NPR --
There are conflicting reports about whether the satellite launched into space Wednesday from North Korea is safely circling the planet.

South Korea's Yonhap News Agency writes that South Korea's defense ministry says the object is in orbit, but adds that "it was not yet known whether it was functioning properly."

NBC News says it has been told by "U.S. officials" that the satellite appears to be is "tumbling out of control." The network adds that "the officials said that it is indeed some kind of space vehicle, but they still haven't been able to determine exactly what the satellite is supposed to do."

Washington and its allies are pushing for punishment over the launch they say is nothing but a test of banned ballistic missile technology.