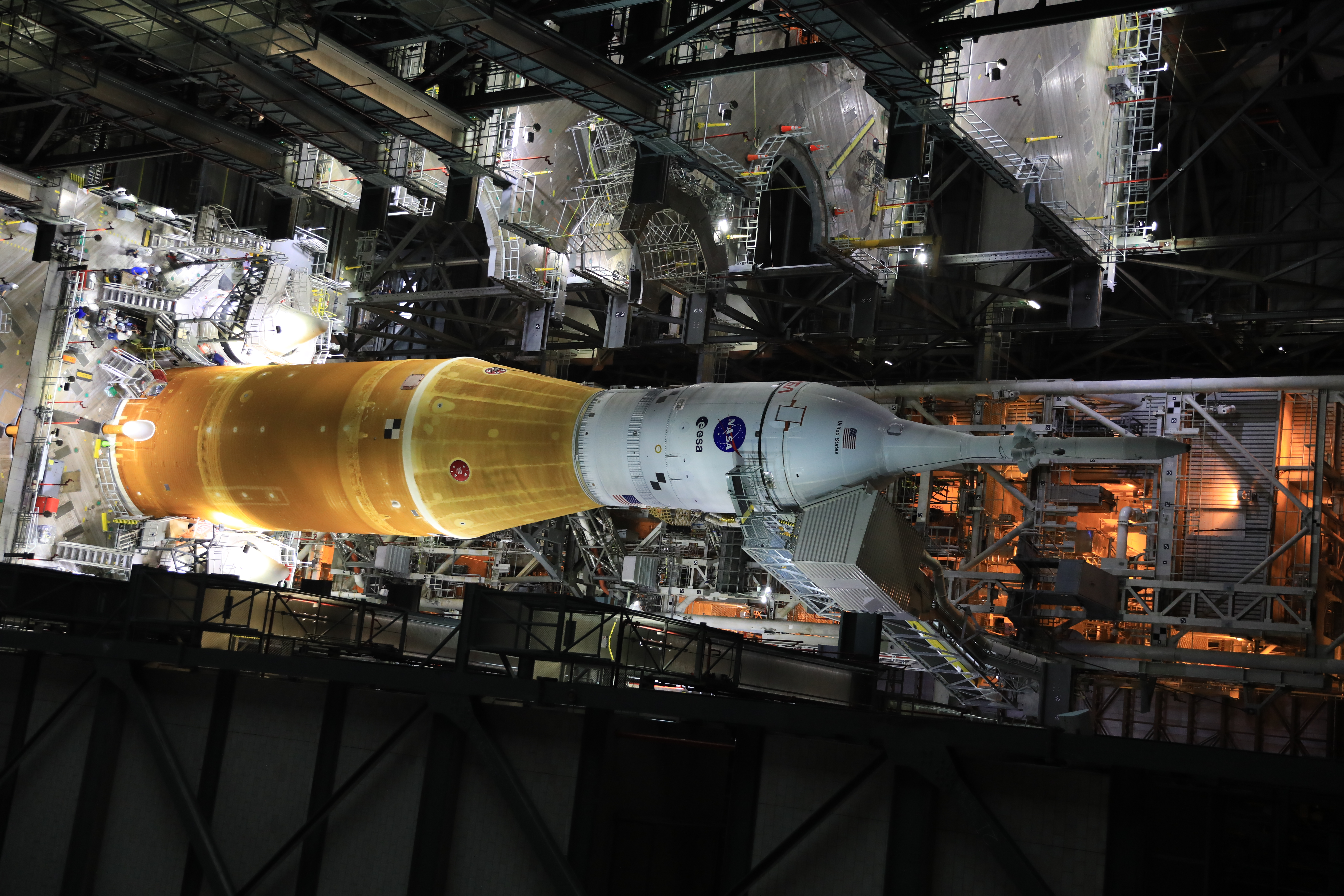 NASA's new rocket and space capsule, which will return humans to the Moon including the first woman and the first astronaut of color, will have the official roll-out to the launch pad on Thursday. The mission of Artemis I will be an uncrewed mission around the Moon; anyone can add their name to a flash-drive that will be included in this first mission.

The launch of Artemis I is expected in the late Spring or Summer.

Formerly known as Exploration Mission-1 (EM-1), Artemis I is the first mission of NASA's Artemis Space Program. Artemis was conceived to take humans back to the Moon, this time for Americans to have a permanent presence on the Moon. In addition to “paving the way for a long-term lunar presence”, NASA describes the Artemis Space Program “as a steppingstone on the way to Mars.”

The Artemis I mission, the first test flight of Artemis, is expected to last 25.5 days. For 6 of those days, Artemis I will be in a retrograde orbit around Earth's Moon, before returning to Earth. This mission will certify the Orion space vehicle and the Space Launch System (SLS) rocket for crewed flights. The second  Artemis test flight, Artemis 2, which will take astronauts around the Moon and back to Earth, has an anticipated launch in May of 2024, assuming there are no major problems with Artemis I.

The roll-out of NASA's “mega-rocket” to the Moon, known as “the integrated Space Launch System rocket”, along with the Orion space capsule, will begin at 5:00 p.m. Eastern Daylight Saving Time (EDT) / 21:00 Coordinated Universal Time (UTC) on Thursday, 2022 May 17. This St. Patrick's Day event will last between 6 and 12 hours as the rocket travels the 4 miles from the Vehicle Assembly Building to Launch Pad 39B at NASA’s Kennedy Space Center in Florida. According to a NASA news release, this roll-out event “will include live remarks from NASA Administrator Bill Nelson and other guests.”

The Apollo Space Program of the late 1960s and early 1970s was America's first program to land humans on the Moon. In Greek mythology, Artemis was the twin of Apollo. Artemis was the Greek goddess of the hunt, the wilderness, wild animals, chastity, AND the Moon. Hence, Artemis is a very appropriate name for the program to take humans back to the Moon.

Apollo 8, which orbited the Moon in December of 1968 but without a landing, was actually the first crewed mission to the Moon. It was Sunday, 1969 July 20 that brought the historic landing and first human footprints on the Moon during the mission of Apollo 11.

The Apollo Space Program had been preceded by the Mercury and Gemini programs, which helped teach us how to fly in Deep Space. Also, there were several uncrewed missions into Earth orbit and to the Moon, such as the Surveyor Space Program which landed several spacecraft on the Moon.

After Earth landing of the Apollo 17 mission, on 1972 December 19, a human presence on the Moon ended for more than 50 years. The originally planned Apollo 18, 19, and 20 missions to the Moon were canceled to save money.

America's first space station, Skylab, was operated with three missions between May of 1973 and February of 1974. NASA studied possible additional missions to Skylab, but none came to fruition. Although expected to stay in orbit until at least the early 1980s, additional solar activity of the era caused additional atmospheric drag on Skylab, which resulted in the de-orbit of the space station in July of 1979 with some remnants falling near Perth, Australia.

The Apollo 18 mission was re-branded as the Apollo-Soyuz Test Project, a mission which resulted in the docking of an Apollo spacecraft with the Russian Soyuz space capsule on 1975 July 17. In addition to being the first crewed international space mission, this mission is generally considered the end of the Space Race between the United States and Russia, which had begun with the launch of the Russian satellite Sputnik on 1957 October 4.

Internet Link to NASA Web-Page to Add Name to Artemis I Flash-Drive: https://www.nasa.gov/send-your-name-with-artemis/