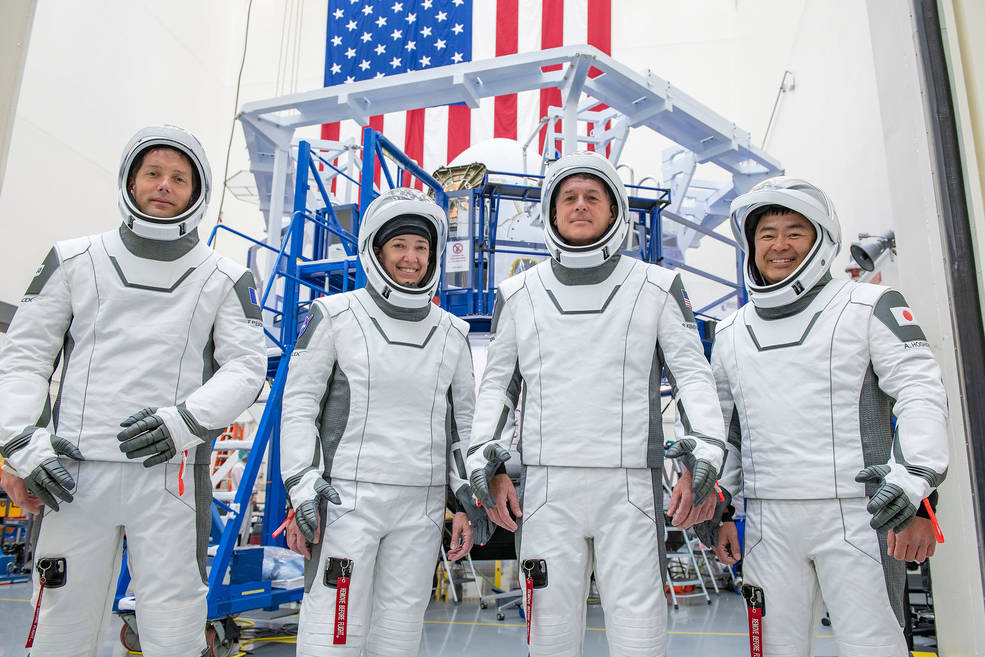 The second operational launch of the SpaceX Crew Dragon capsule with four Crew-2 astronauts, to the International Space Station (ISS), will occur early on Friday morning. An Internet link to live coverage of the launch can be found near the end of this blog-post.

The SpaceX Crew Dragon capsule with the Crew-2 astronauts, atop a SpaceX Falcon 9 rocket, is scheduled to launch early on Friday Morning, 2021 April 23 at 5:49 a.m. Eastern Daylight Saving Time (EDT) / 9:49 Coordinated Universal Time (UTC). The launch will occur from Launch Complex 39A at the John F. Kennedy Space Center, at Cape Canaveral on Merritt Island, Florida. This is the same launch pad which saw the launch of the Apollo missions to the Moon, 1968 to 1972, and the Space Shuttle missions beginning on 1981 April 12; Space Shuttle missions concluded on 2011 July 21.

NASA-TV, available through the NASA Internet web-site, will provide live coverage of the launch, beginning on April 23 at 1:30 a.m. EDT / 5:30 UTC (Internet link to the NASA-TV web-page near the end of this blog-post). NASA will provide coverage of the pre-launch, launch, docking, and arrival activities for the second crew rotation flight of the SpaceX Crew Dragon spacecraft. The Crew Dragon capsule is scheduled to dock with the ISS at approximately 5:10 a.m. EDT / 9:10 UTC on Saturday Morning, 2021 April 24.

Crew Dragon Crew-1, the first SpaceX operational launch and mission occurred in November of last year, when four astronauts traveled to the International Space Station for a half-year stay. The very first SpaceX astronaut mission to the ISS was a demonstration mission, launching two astronauts, on 2020 May 30. The Crew-2 astronauts will join the other members of Expedition 65, NASA astronaut Mark Vande Hei and cosmonauts Oleg Novitskiy and Pyotr Dubrov of Roscosmos (Russian Space Agency), for a six-month mission.

The main mission for Crew-2 is studying how human tissue is affected by micro-gravity. It is a mistaken belief that astronauts are “weight-less” or experience “0-G” (i.e. no gravity). Actually, some gravity always exists, even in Outer Space. Although it may seem that Earth gravity barely affects astronauts, this is not quite true. Astronauts, experiencing micro-gravity, are actually in free-fall (actually falling towards the Earth, but staying in Earth orbit due to the speed of ISS). With the ISS flying at an average altitude of 250 miles / 400 kilometers above the Earth, the astronauts only weigh about 10 per-cent less than what they would weigh on Earth. Also, gravity ensures that the International Space Station stays in orbit of our planet.

The micro-gravity research also will look at possible causes for suppressed immune response in micro-gravity. If micro-gravity affects the immune systems of astronauts, this would be an additional problem for long-term space travel.

Another important goal of the Crew-2 mission is updating the ISS solar power system. A Roll-out Solar Array (iROSA), compact solar panels that roll-out like a large exercise mat, is scheduled to be installed outside the ISS during this mission.

Originally, this launch was to occur just a couple hours prior to the official peak of the annual Lyrid Meteor Shower, which peaks at 8:00 a.m. EDT / 12:00 UTC on Earth Day (Thursday Morning, 2021 April 22). The Lyrid Meteor Shower consists of particles and dust from Comet Thatcher, which enter Earth's atmosphere as Earth traverses the particle stream in Outer Space.

Although for some people in eastern North America, this meteor shower peak occurs after sunrise. The best time to view most meteor showers is between Midnight and Dawn, when Earth is rotating into the meteor shower. So, people who wish to view this year's Lyrid Meteor Shower should do so a few hours before sunrise on Earth Day. However, this year the brightness of the waxing gibbous Moon may drown-out some of the dimmer meteors, so only bright meteors may be visible. 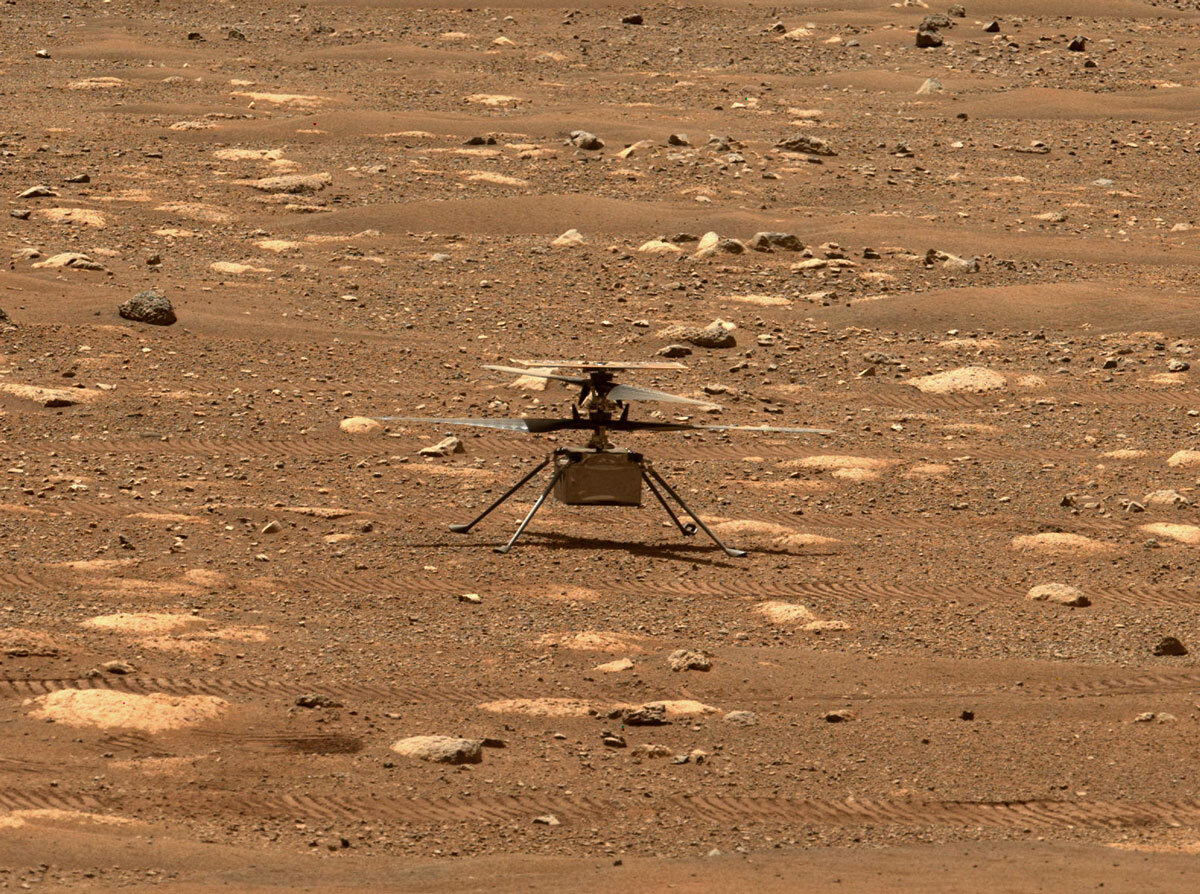 NASA's Ingenuity Robotic Helicopter is shown on Mars, attached to the underside of the Perseverance Rover in fully vertical position with fully deployed legs before detaching from the rover. NASA plans to conduct the first test flight of Ingenuity sometime this month, no earlier than April 11.