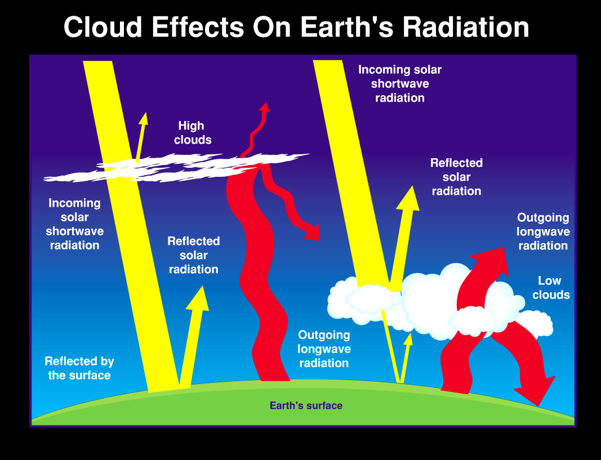 This graphic demonstrates how clouds affect the heating and cooling of the Earth. In general, high clouds hold-in heat from the Sun and warm the planet, while Earth is cooled when low clouds reflect sunlight back into Outer Space. (Graphic Sources: NASA, Zooniverse.org)

The NASA Globe Cloud Gaze (i.e. Community science project Leveraging Online and User Data through GLOBE And Zooniverse Engagement) community science project utilizes photographs taken by GLOBE Citizen Scientists (through the Zooniverse Citizen Science Portal), and then compares Citizen Scientists' descriptions of these photographs with satellite data collected by NASA. NASA scientists expect this will help them map energy flows across the planet and show how clouds influence this flow of energy.

The height of clouds, and the amount of moisture they contain, determine whether the particular cloud helps to warm Earth or cool the planet. In general, high clouds tend to have a warming effect on the planet, as they block infra-red radiation from escaping back into Outer Space after being received from the Sun. While, in general, low clouds tend to have a cooling effect on the planet, as they reflect more sunlight back into Outer Space. (See graphic at the beginning of this blog-post.)

For sky color, scientists are studying the effects of other sky phenomena such as contrails, dust, haze, smoke, and smog. They hope to determine how much this additional sky phenomena affects the heating and cooling of the planet.

You can help NASA with this project by participating in one or more of the three lines of study:

To get started, just go to the NASA Globe Cloud Gaze Internet Web-Site: 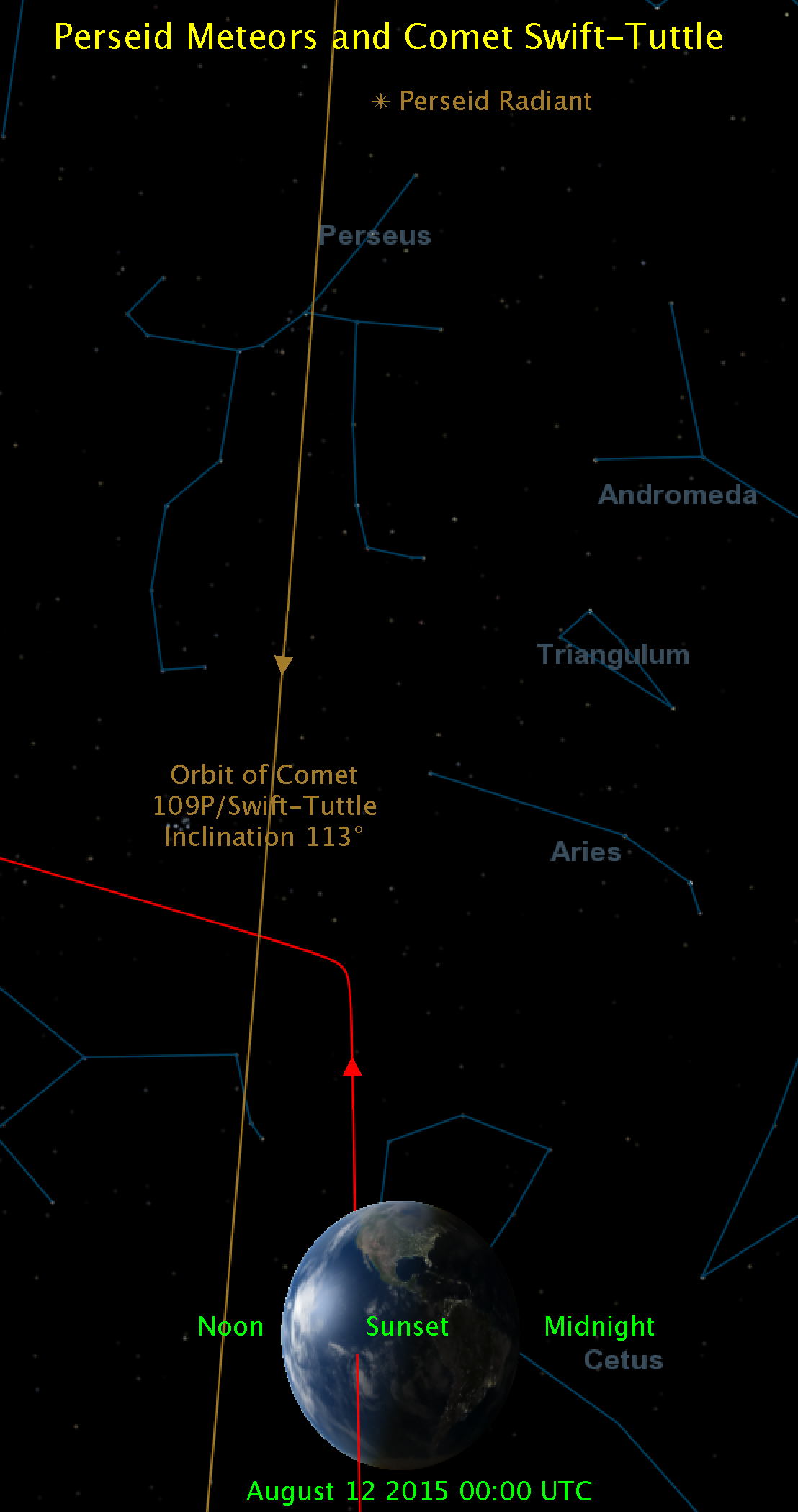 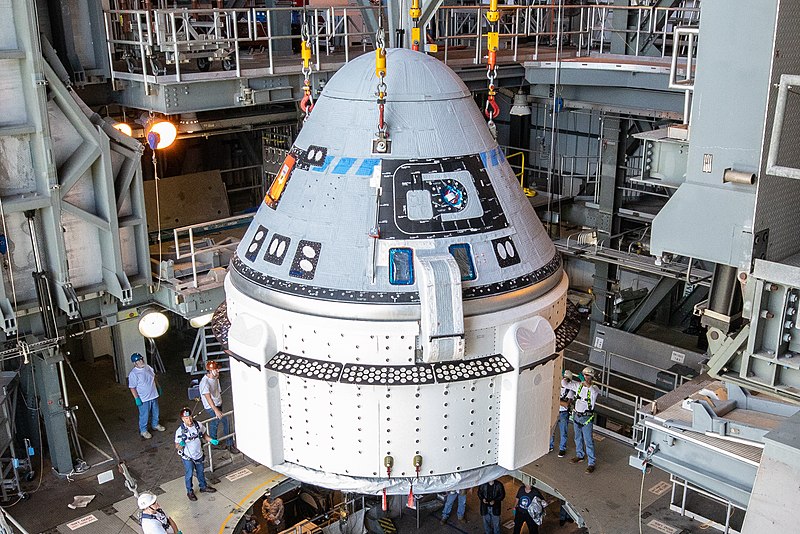 Update (2021 Aug. 4): The Boeing Starliner launch has been delayed, indefinitely, until NASA and Boeing can determine the "cause of the unexpected valve position indications on the CST-100 Starliner propulsion system."

Update (2021 Aug. 3): August 3 Launch of the Boeing Starliner was scrubbed "due to unexpected valve position indications in the Starliner propulsion system" according to NASA. NASA goes on to say "Pending resolution of the forward work, our next available launch opportunity would be 12:57 p.m. EDT / 16:57 UTC on Wednesday, Aug. 4."

Boeing CST-100 Starliner space capsule, which is expected to have another, non-crewed test launch on August 3 (back-up launch date August 4). A previous test launch in December of 2019 failed to dock with the International Space Station (ISS). It was originally scheduled to launch on July 30, but that launch was scrubbed at the last minute, due to the ISS being thrown out-of-control by jet thrusters, which inadvertently activated following the addition of a new Russian space station module. The Boeing Starliner is another commercial spacecraft expected to transport NASA astronauts to the ISS, in addition to the SpaceX Crew Dragon. In this photograph, the Starliner is being placed atop a United Launch Alliance Atlas V Rocket at the Cape Canaveral Air Force Station in Florida.