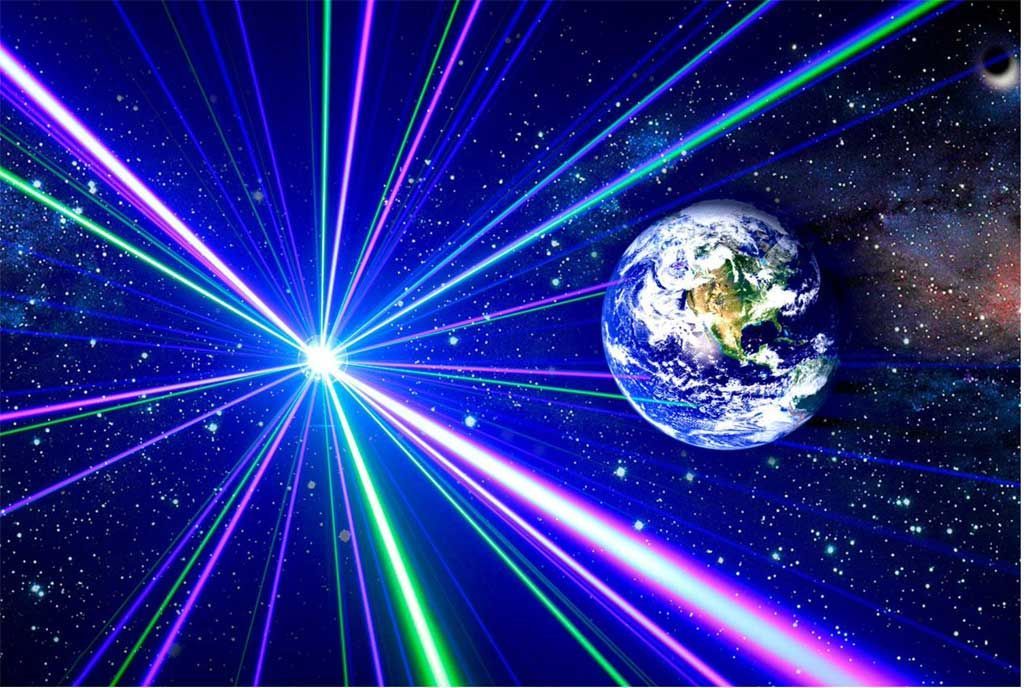 LaserSETI - no, it is not the name of a new laser-light show at your local planetarium!

The strongest candidate for a possible radio signal from another civilization came on 1977 August 15, when the Ohio State University's Big Ear radio telescope received the fabled “WOW Signal.” Astronomer Jerry R. Ehman, a few days later, discovered the anomaly of a 72-second narrow-band radio signal in data he was reviewing. He was so impressed by the magnitude of the signal that he wrote “WOW” next to the signal on the computer print-out. Although many have tried to replicate this discovery, no one has been able to find the “WOW Signal” again.

While radio signals have been the primary form of wireless communication on Earth for the last century (101 years ago, radio station KDKA-AM in Pittsburgh became the world's first commercial, broadcast station), optical communication with lasers has become more practical and efficient for scientific purposes, including for computer communication.

It is now thought that advanced civilizations may also find optical communications as more practical and efficient. Hence, SETI is now expanding the search for alien communication into the optical spectrum.

As of last month, SETI has installed a new laser instrument, described as an expensive combination lens-camera-computer at the Haleakala Observatory, 10,000 feet above mean sea-level on a mountain on Maui, Hawaii. This instrument faces eastward.

Facing westward is an identical facility located at the Robert Ferguson Observatory in Sonoma, California. With both facilities, they can now scan a 150-degree arc of the sky, each night, at more than 1,000 times per second. The computer system filters the light, looking for laser-type signatures.

Eliot Gillum, principal investigator for LaserSETI, said it’s “a big step forward in searching for technosignatures,” and that it’s the “first project in either optical or radio astronomy designed to cover the entire sky.”

However, these two facilities are just the beginning. The long-range plan is to install a few more similar instruments on the other side of the world, to increase coverage of the night-time sky. The long-term goal is to scan the entire sky with several systems, radio, laser, and traditional telescopes, in all directions, 24-hours a day, 365 days a year.

It is very fortunate that laser detectors are relatively inexpensive. For many years now, SETI has had to do with only private donations, as government funding for SETI dried-up quite a while ago.

The Hawaii instrument only cost $100,831, which was raised from 531 people on a crowd-funding Internet web-site: Indiegogo. With the assistance of a small team, Eliot Gillum installed the facility himself, to save money.

Another approach to SETI could be to use infrared telescopes, similar to the the James Webb Space Telescope (JWST) that NASA launched last month. However, these are much more expensive; the JWST cost $10 billion! So, for now, SETI will have to let NASA handle infrared research.

* Other Walsh Authored Blog & Web-Sites: Link >>> https://buhlplanetarium.tripod.com/gawweb.html
Posted by Friends of the Zeiss at 12:00 AM 3 comments: 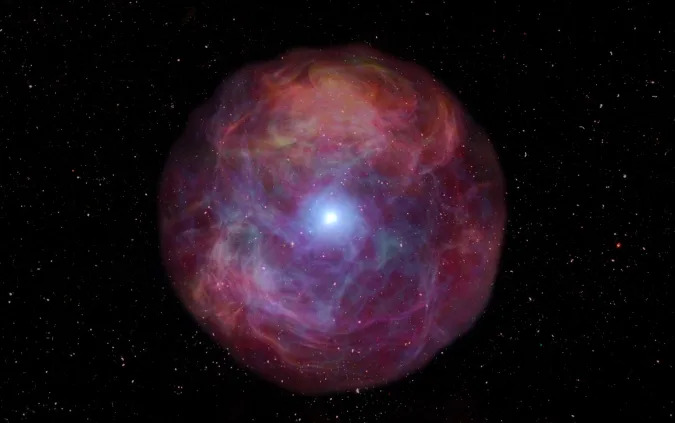 A rare Supernova, registered as SN 2020tlf, has been observed by astronomers. A Supernova is a powerful and luminous stellar explosion, when the original star either collapses into a neutron star or black hole, or is completely destroyed.

The progenitor star was a Red Super-giant, the largest type of star in the Universe in volume (but not, necessarily, the brightest or most massive of stars); such stars are hundreds or even more than a thousand times the radius of Earth's Sun. And, this is the first time scientists have been able to observe a Supernova event before, during, and after the event! The Supernova observations were reported in a new study in the January 6 issue of the Astrophysical Journal.

"This is a breakthrough in our understanding of what massive stars do moments before they die," said lead author Wynn Jacobson-Galán of the University of California Berkeley. "Direct detection of pre-Supernova activity in a red supergiant star has never been observed before in an ordinary Type II Supernova. For the first time, we watched a red supergiant star explode!" (quote from a public statement reported on https://keckobservatory.org/dying-star)

In the Summer of 2020, they detected the Red Super-giant star that was about to Supernova, using the University of Hawaii Institute of Astronomy Pan-STARRS 1 telescope in Maui, Hawaii, due to the large amount of light the star was emitting. In the Autumn of 2020, scientists captured the Supernova explosion using the Low Resolution Imaging Spectrometer (LRIS) of the W.M. Keck Observatory on Mauna Kea, Hawaii, including the Supernova's first spectrum.

While most Red Super-giant stars seem to be calm before a Supernova event, the new observations indicate that this star ejected a massive amount of stellar materials before the actual explosion. So, now scientists believe that some Red Super-giants may significantly change their internal structure before an explosion.

"We've never confirmed such violent activity in a dying red supergiant star where we see it produce such a luminous emission, then collapse and combust, until now," study co-author Raffaella Margutti, an astrophysicist at the University of California Berkeley, said in the Keck Observatory statement.

Supernova SN 2020tlf is not in the Milky Way Galaxy. It is located 120 million light-years away from Earth in Galaxy NGC 5731; one light-year is the distance light travels in one year of time: 5,878,625,370,000 statute miles / 9.5 trillion kilometers. The original star was about 10 times more massive than Earth's Sun. SN 2020tlf was observed in the constellation Bootes the Herdsman.

A Supernova occurs when a very massive star (weighing 8 to 15 times the weight of Earth's Sun) runs out of hydrogen and helium fuel (and, in the case of Red Giants, also iron and nickel) by nuclear fusion and then collapses of their own weight, which results in a huge carbon-fusion explosion. Larger stars would collapse into a Black Hole. A smaller star, such as our Sun, would become a White-dwarf.

With the data gathered from the explosion of SN 2020tlf, astronomers will more easily be able to search for similar Red Super-giant stars about to explode.

Although such observations are rare through human history, several Supernovae have been observed. One of the most famous was in A.D. 1054, recorded by Chinese, Japanese, and Islamic astronomical observers; due to the Supernova's brightness, Chinese observers called it a “Guest Star”. Today, the Crab Nebula (with its Pulsar / Neutron Star), located in the constellation Taurus the Bull (6,500 light-years from Earth), marks the spot where this Supernova occurred. What is known as SN 1054 had an estimated brightness, what astronomers refer to as Apparent Visual Magnitude, of -6, brighter than any other star in the night-time sky.

The most recent, nearby Supernova, observed in, what is known as, the Local Group of Galaxies, occurred on 1987 February 23 at 2:35:35 Eastern Standard Time (EST) / 7:35:35 Coordinated Universal Time (UTC). Supernova SN 1987A occurred in the Large Magellanic Cloud, a galaxy which orbits the Milky Way Galaxy. This Supernova was observed in the constellation Dorado the Dolphin-fish, 160,000 light-years from Earth. The Apparent Visual Magnitude of SN 1987A was +2.9.

* Other Walsh Authored Blog & Web-Sites: Link >>> https://buhlplanetarium.tripod.com/gawweb.html
Posted by Friends of the Zeiss at 12:00 AM No comments: 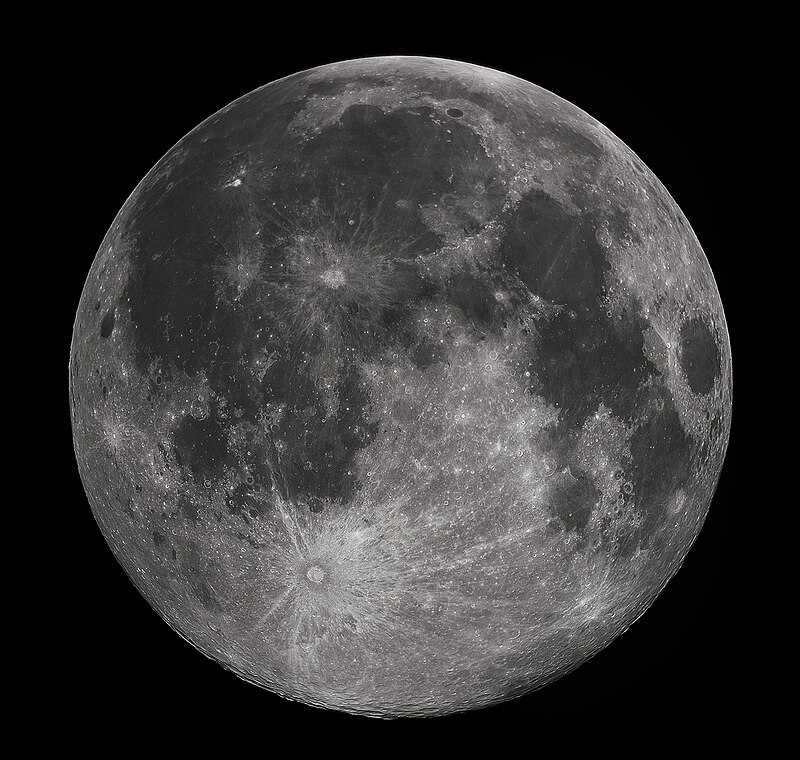 Posted by Friends of the Zeiss at 6:00 AM No comments: