Expected landing site on Mars for NASA's Perseverance Rover, including the Ingenuity Helicopter Drone. Landing sites of some previous NASA missions to Mars are also shown.

NASA's Perseverance Rover, with the Ingenuity Helicopter Drone, is set to land on Mars Thursday afternoon. Live coverage of the landing on NASA-TV and several other Internet platforms will be available (Internet links to live coverage, further into this blog-post).

The landing is scheduled to air “live” from NASA's Jet Propulsion Laboratory (JPL) in Pasadena, California on Thursday Afternoon, 2021 February 18 at approximately 3:55 p.m. Eastern Standard Time (EST) / 20:55 Coordinated Universal Time (UTC). Actually, in this case “live” means 11 minutes and 22 seconds after the event occurred on Mars, due to the time it takes a radio signal to travel (at this particular time) from Mars to Earth.

NASA will begin live coverage on Thursday, beginning at 2:15 p.m. EST / 19:15 UTC. In addition to NASA-TV, which can be reached at the following Internet link:

Live NASA coverage is expected to include the following key milestones, toward the landing, at the estimated times shown ---

– Cruise stage separation: The part of the spacecraft that has been flying Perseverance – with NASA’s Ingenuity Mars Helicopter attached to its belly – through space for the last six-and-a-half months will separate from the entry capsule at about 3:38 p.m. EST / 20:38 UTC.

– Parachute deployment: The spacecraft will deploy its parachute at supersonic speed at around 3:52 p.m. EST / 20:52 UTC. The exact deployment time is based on the new RangeTrigger technology, which improves the precision of the spacecraft’s ability to hit a landing target.

– Heat shield separation: The protective bottom of the entry capsule will detach about 20 seconds after the parachute deployment. This allows the rover to use a radar to determine how far it is from the ground and employ its Terrain-RelativeNavigation technology to find a safe landing site.

– Back shell separation: The back half of the entry capsule that is fastened to the parachute will separate from the rover and its “jet-pack” (known as the descent stage) at 3:54 p.m. EST / 20:54 UTC. The jet-pack will use retrorockets to slow down and fly to the landing site.

– Touch-down: The spacecraft’s descent stage, using the skycrane maneuver, will lower the rover down to the surface on nylon tethers. The rover is expected to touch-down on the surface of Mars at human walking speed (about 1.7 miles-per-hour, or 2.7 kilometers-per-hour) at around 3:55 p.m. EST / 20:55 UTC.

“Perseverance is NASA’s most ambitious Mars rover mission yet, focused scientifically on finding out whether there was ever any life on Mars in the past,” said Thomas Zurbuchen, associate administrator for the Science Mission Directorate at NASA Headquarters in Washington, DC. “To answer this question, the landing team will have its hands full getting us to Jezero Crater – the most challenging Martian terrain ever targeted for a landing.”

Along with the first aerial demonstration drone on a planet other than Earth, this mission is specifically designed to look for signs of previous, microbial life on the Red Planet. Astrobiology is the main mission for Perseverance, originally called the Mars 2020 mission.

Additionally, this will be the first mission which collects and stores Martian rocks and sentiment for eventual return to Earth. It is expected that a future NASA spacecraft, in cooperation with the European Space Agency (ESA), will pick-up the stored Martian soil and return it to Earth for detailed analysis, sometime in the future.

Perseverance will land in an ancient crater on Mars called Jezero. It is here that scientists speculate that ancient rivers sent water and sentiment into an ancient lake. If life ever had a start on Mars billions of years ago, this is a likely location where evidence of such past life may be found.

Only about half of the missions sent to Mars, over the last 50 years, have been successful. And, the landing of Perseverance will be one of the most challenging. Jezero Crater has steep cliffs, sand dunes, and boulder fields which make a landing here problematic.

“The Perseverance team is putting the final touches on the complex choreography required to land in Jezero Crater,” said Jennifer Trosper, deputy project manager for the mission at NASA's Jet Propulsion Laboratory. “No Mars landing is guaranteed, but we have been preparing a decade to put this rover’s wheels down on the surface of Mars and get to work.”

The Ingenuity Helicopter Drone is a demonstration project, to learn if powered flight is possible in the thin atmosphere of Mars. If this demonstration project proves successful, larger and more sophisticated helicopters may be included in future missions to Mars, as well as to other planets and moons. 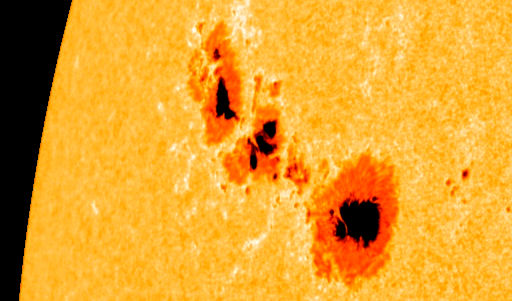 Will the Sun continue to propagate weak solar activity, or will the Sun suddenly become much more active, affecting the Northern Lights, radio reception, orbiting satellites, and the power grid?

Last September, NASA and the National Oceanic and Atmospheric Administration (NOAA) announced that a new 11-year sunspot cycle had begun on the Sun, and this cycle would likely be as weak as the previous cycle. However, in December, a new report issued by the National Center for Atmospheric Research (NCAR) contradicts the September report arguing that the new solar cycle could be one of the strongest in history!

Sunspots, which have been observed on other stars (hence, known as star-spots) in addition to our Sun, are complex and temporary phenomena caused by the twisting of magnetic fields in the photosphere of the Sun. They usually come in pairs, with each having an opposite magnetic polarity. Sunspots appear as black or gray spots on the Sun because they are cooler than the rest of the photosphere.

When viewed on the surface of the Sun, sunspots appear as a black spot, known as the umbra, often surrounded by a gray area known as the penumbra. Great care must be taken when attempting to view sunspots, as eye-sight could be damaged if proper precautions are not taken anytime you look directly at the Sun. Galileo, who first used a telescope to view sunspots, was not aware of the danger, and his eye-sight suffered as a consequence.

Many people use special filters on telescopes to observe sunspots. These filters are safe, so long as they are from a well-respected telescope vendor, are specifically designed for solar observing, and are undamaged. Further, only use solar filters that are placed over the telescope objective (where the Sun-light enters the telescope). Solar filters produced many years ago, that are installed at the eye-piece of the telescope, are very dangerous and can fail, as the strength of the magnified Sun-light cracks the filter, allowing unfiltered Sun-light to enter a person's eye.

The best way to observe sunspots is to project the image of the Sun from a telescope onto a projection screen, where people can safely see the sunspots on the projection screen. From 1941 to 1991, this method was used to show the public sunspots, using the rather unique 10-inch Siderostat-type Refractor Telescope, at Pittsburgh's original Buhl Planetarium and Institute of Popular Science (a.k.a. Buhl Science Center).

Scientists now believe that Solar Cycle 24 ended in December of 2019. It takes several months to confirm the ending of a solar cycle, hence scientists did not announce this until September. Solar magnetic North and South Poles change or "flip" magnetic polarity as a solar cycle changes.

Solar Cycle 24 peaked in April of 2014, after beginning in 2011. While, on average, a sunspot cycle runs for 11 years, Solar Cycle 24 was also one of the shortest, running for less than 9 years.

Only a total of 116 sunspots were counted during that short time period, making Solar Cycle 24 one of the weakest in memory. Further, in 2019 there were more than 281 days (77 per-cent of the year) when the side of the Sun facing Earth had no sunspots at all! It has been more than a century since we have observed that long of a period without sunspots.

In September, NASA and NOAA predicted that the new Solar Cycle 25 would only have a total of 115 sunspots. However, NCAR scientists claim solar and sunspot activity could come roaring back during the new cycle, with sunspots totaling between 210 and 260! They note that the last time there was a 9-year cycle, in the 1950s, was followed by Solar Cycle 19, one of the strongest in the 20th century.

In a mathematical analysis, looking at 270 years of sunspot records (since 1755), NCAR determined that the shorter one solar cycle is, the greater the chance that the following solar cycle will be much stronger. This study, “Overlapping Magnetic Activity Cycles and the Sunspot Number: Forecasting Sunspot Cycle 25 Amplitude,” was published in the 2020 November 24 issue of the peer-reviewed journal Solar Physics.

If the new NCAR hypothesis turns-out to be true, this would be strong evidence supporting the NCAR theory that the 11-year sunspot cycle is produced by overlapping 22-year magnetic cycles on the Sun. From a series of papers published over the last decade, NCAR has been promoting this new theory. They believe that a better understanding of this 22-year Hale Cycle could lead to a more accurate prediction of the timing and nature of sunspot cycles.

“Scientists have struggled to predict both the length and the strength of sunspot cycles because we lack a fundamental understanding of the mechanism that drives the cycle. If our forecast proves correct, we will have evidence that our framework for understanding the sun’s internal magnetic machine is on the right path.” 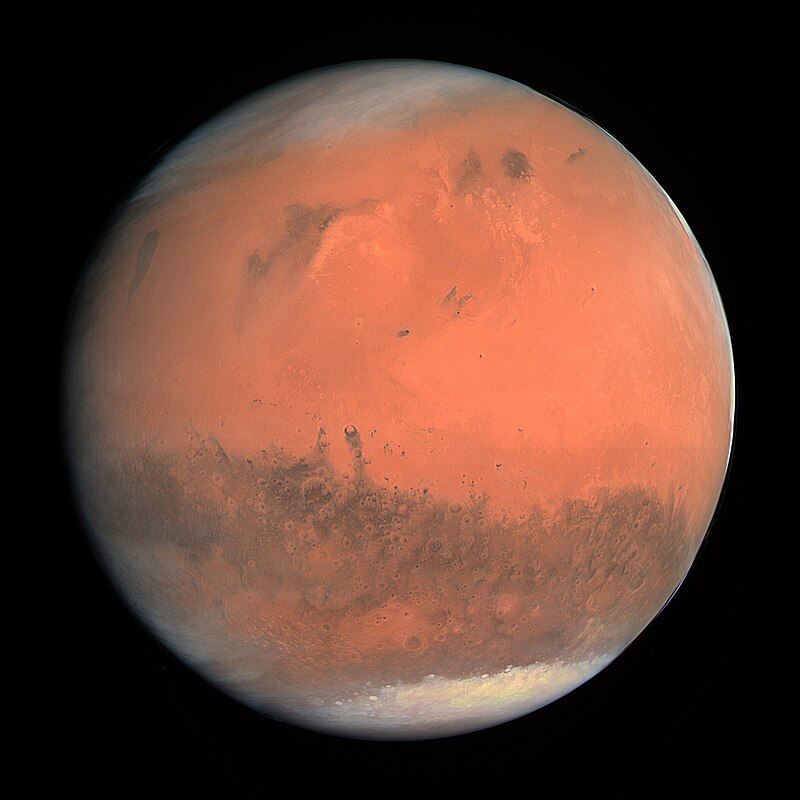