Mr. Pasztor is a senior special writer in The Wall Street Journal's Los Angeles bureau. He can be reached at andy.pasztor@wsj.com. 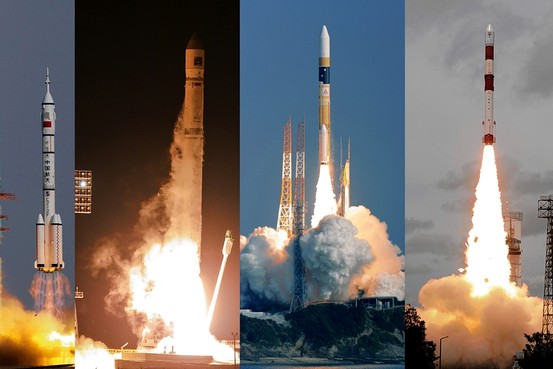 The U.S. space program, after five decades of setting the agenda for exploration, appears increasingly stymied when it comes to new cooperative ventures with other countries.
Russia and the European Space Agency, or ESA, are moving to team up on unmanned rovers intended to eventually retrieve soil samples from Mars, even as they seek to entice other nations to join them on potential lunar missions.
China last month successfully concluded its first manual docking of spacecraft in orbit, as part of a methodical, well-funded drive to establish itself as a major space power and create its own orbiting laboratory.
Over the years, Beijing has dramatically improved the reliability of its boosters and, partly for prestige, is pushing equally hard to accomplish the same for the communications, scientific and military satellites Chinese factories turn out.
At the same time, India, Japan and Brazil are working separately to develop world-class boosters. And in Iran, which already has blasted a trio of satellites into orbit, government leaders maintain their goal remains sending a human into orbit, perhaps by the end of the decade.