In the 1980s, photographs of the Moon's South Pole, similar to the photo above (which is a photo of the waxing crescent Moon), were taken using the rather unique 10-inch Siderostat-type Refractor Telescope, in the third floor astronomical "People's Observatory" of the original Buhl Planetarium and Institute of Popular Science (a.k.a. Buhl Science Center - Pittsburgh's science and technology museum from 1939 to 1991), by American Lunar Society Founder Francis G. Graham, as part of a national research project to better map the area near the Moon's South Pole. Yesterday, India launched an unmanned rover probe to explore the Moon's South Pole.
(Image Source: Friends of the Zeiss)

Yesterday (Monday, 2019 July 22), India launched a space probe and rover bound for the South Pole area of Earth's Moon. The launch, which had been delayed since July 15 due to technical problems, came just a couple days after the 50th anniversary of the first humans, American astronauts Neil Armstrong and Buzz Aldrin, to set-foot on the Moon.

On April 11, the Beresheet Lunar Lander, developed by Israel's private SpaceIL organization and launched from Cape Canaveral by SpaceX, attempted a soft-landing on the Moon. However, the robotic probe crashed on the lunar surface due to a main engine failure in the final descent.

The first Indian probe sent to the Moon, Chandrayaan-1, was a lunar orbiter and impacter which was launched on 2008 October 22. It entered lunar orbit on 2008 November 8 and operated until August of 2009. In a controlled manner, the Chandrayaan-1 Moon Impact Probe separated from the orbiter and struck near the Shackleton Crater, near the South Pole, on 2008 November 14. The probe strike ejected sub-surface soil, which was analyzed to determine if water-ice was present. After evaluating the data from the impact probe, Indian scientists confirmed that water existed in the lunar soil near the South Pole.

Weighing 3.8 tons, Chandrayaan-2 consists of an orbiter, lander, and rover and carries 13 payloads. It will travel for 2 months before settling into a circular orbit 62 miles / 100 kilometers above the lunar surface around September 7.

The space probe's lander, named Vikram (for Indian space pioneer Vikram Sarabhai), will then land near the South Pole. Vikram will confirm the technology to soft-land on the lunar surface.

A robotic rover named Pragyan (meaning “wisdom”), after separating from the lander, will travel near the South Pole area for 14 days (the amount of time sunlight will be available). Vikram and Pragyan will collect mineral and chemical samples from the lunar surface, sending the data back to India.

The primary goal of the mission is to study the water-ice and determine the amount of water available near the South Pole. This will be important for future human expeditions to the Moon, perhaps as soon as the proposed NASA return to the Moon by 2024. Water from craters near the South Pole, which do not receive any sunlight to melt the ice, can be used by astronauts for drinking water, to create oxygen to breathe, and to create rocket fuel.

The orbiter will map the surface of the Moon and evaluate what can be found of an outer atmosphere of the Moon.

India plans to launch a Chandrayaan-3 mission to the Moon in the 2023-2024 period. In 2014, India became the first Asian nation to put a probe (Mangalyaan) into orbit around the planet Mars. ISRO is also considering putting a probe in orbit of the planet Venus by 2023.

Even up until the 1980s, the South Pole was one area of the Moon that was not well mapped. As part of a national research project in the 1980s to better map the Moon's South Pole area, photographs of the Moon were taken by American Lunar Society Founder Francis G. Graham using the rather unique 10-inch Siderostat-type Refractor Telescope, in the third floor astronomical observatory of the original Buhl Planetarium and Institute of Popular Science (a.k.a. Buhl Science Center - Pittsburgh's science and technology museum from 1939 to 1991).

Although Buhl Planetarium's “People's Observatory” was primarily used as a public observatory to educate the general public, particularly students, from time-to-time the City of Pittsburgh-owned telescope was used for scientific research.

At the time, Francis G. Graham was a Buhl Planetarium and Observatory Lecturer. Today, he is Professor Emeritus of Physics at Kent State University.

Source: Glenn A. Walsh Reporting for SpaceWatchtower, a project of Friends of the Zeiss.
Tuesday, 2019 July 23. 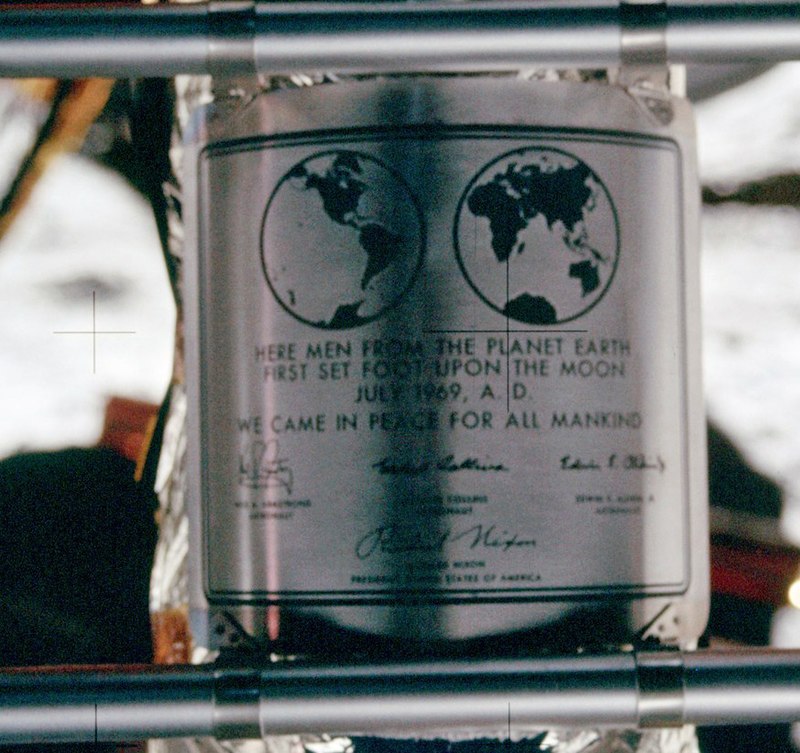 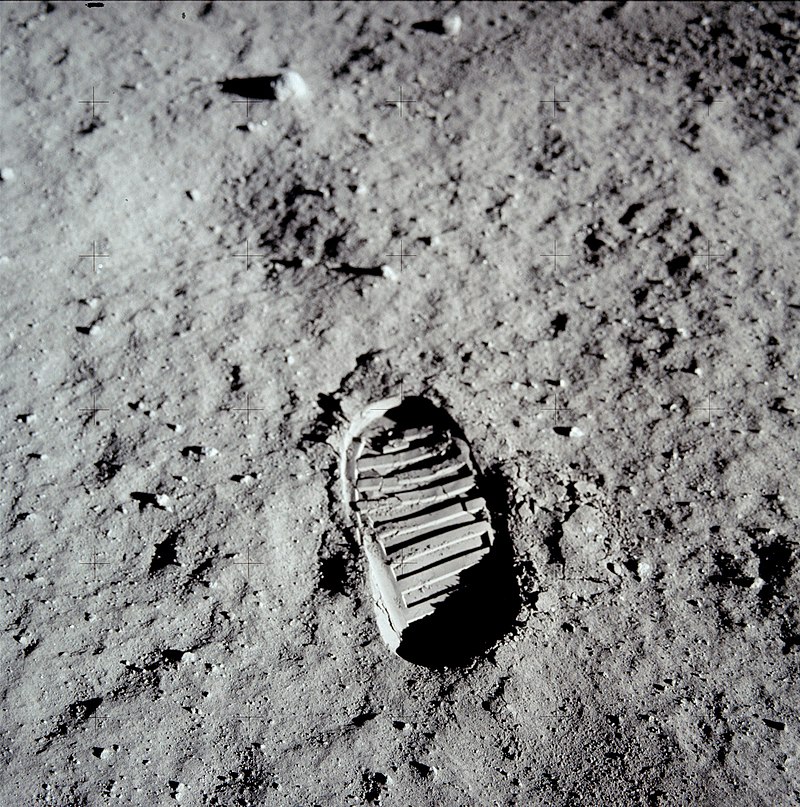 This is a photograph of the boot-print on the lunar surface of Apollo 11 Lunar Module Pilot Buzz Aldrin, the second man to walk on the Moon 50 years ago this month. This particular boot-print was part of an experiment to test the properties of the lunar regolith. This boot-print occurred about an hour after he and Apollo 11 Commander Neil Armstrong set-foot on the Moon on Sunday Evening, 1969 July 20. This photograph has become one of the iconic images of this historic space mission.
More information: http://buhlplanetarium4.tripod.com/astrocalendar/2019.html#moonday
(Image Sources: NASA, Wikipedia.org, By NASA / Buzz Aldrin - This image or video was catalogued by NASA Headquarters of the United States National Aeronautics and Space Administration (NASA) under Photo ID: AS11-40-5877., Public Domain, https://commons.wikimedia.org/w/index.php?curid=468121)