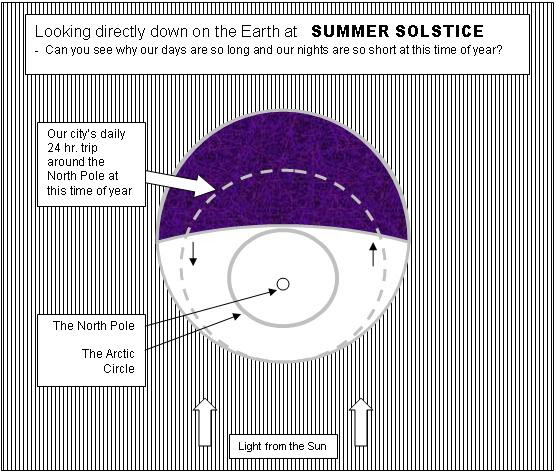 [Graphic Source: © Copyright 2005, Eric G. Canali, former Floor Operations Manager of the original Buhl Planetarium and Institute of Popular Science (a.k.a. Buhl Science Center - Pittsburgh's science and technology museum from 1939 to 1991), and Founder of the South Hills Backyard Astronomers amateur astronomy club; permission granted for only non-profit use with credit to author.]

In fact, Jay Pasachoff, Field Memorial Professor of Astronomy at Williams College and author of widely-used, college astronomy text-books, has precisely calculated the duration of each season, in the Northern Hemisphere:

While the Sun does have motions, it is actually the motion of the Earth tilted on its axis, away from the plane of the ecliptic (Earth's orbital plane around the Sun), while revolving around the Sun, that causes the Earth's seasons. As of this June Solstice, the tilt of Earth's axis is 23.4365 degrees / 23 degrees, 26 minutes, 11.4 seconds. Hence, as the Earth arrives at the point in its orbit around the Sun, when the north polar axis is most directly inclined toward the Sun, this marks the Summer Solstice in the Northern Hemisphere and the Winter Solstice in the Southern Hemisphere.